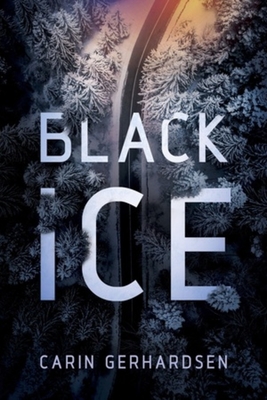 An icy road, a terrible accident, and two separate crimes leaving victims in their wake. Four years later, a single phone call is all it takes to bring back the terror of that day, and set in motion a plot for revenge as two women begin to piece together what really happened. Set on the small Swedish island of Gotland, Carin Gerhardsen’s latest thriller is filled with surprises as secrets begin to unravel and connections are made. Shortlisted for Book of the Year by Swedish Book Clubs, as well as for the Swedish Academy of Crime Writers’ Award for Best Swedish Crime Novel, Black Ice is a brilliantly dark tale of evil and vengeance.

ONE OF PUBLISHERS WEEKLY'S BEST BOOKS OF 2021

A twisty thriller by "a very exciting new voice from the North" (Ragnar Jónasson, bestselling author of the Dark Iceland series)

In the snow-covered silence of Swedish midwinter, a terrible accident and a deadly secret draws several strangers together...

January in Gotland. The days are short, the air is cold, and all the roads are covered in snow. On a deserted, icy backroad, these wintery conditions will soon bring together a group of strangers with a force devastating enough to change their lives forever when, in the midst of a brief period, a deadly accident and two separate crimes leave victims in their wake.

Four years later a single phone call is all it takes to bring back the terror of that day and to set in motion a plot for revenge. For Sandra it started as an unremarkable wintery day of shopping followed by a kind gesture from a stranger. For Jeanette it began with the thrill of an illicit rendezvous with her lover. Both women had driven past the same icy ravine, but only one was in the car that caused a deadly crash, and only one left a man to die alone in the snow.

Each carried a secret from that day, a secret that, if revealed, could connect them to a larger, more terrible transgression… And there is someone out there who knows the whole picture, and who would rather kill than allow it all to come to light.

Chilling and atmospheric, Black Ice is a gripping standalone novel of suspense from the author of the internationally-bestselling Hammarby series.

Ian Giles has a PhD in Scandinavian literature from the University of Edinburgh. He translates fiction and non-fiction from Swedish, Norwegian and Danish, and is the Chair of the Swedish-English Literary Translators’ Association. He has translated Camilla Lackberg, Magnus Montelius, and Andreas Norman, among others. He lives in Edinburgh, Scotland.

Carin Gerhardsen is a mathematician who made her literary debut in 1992. She is most well-known for her bestselling Hammarby series. She lives in Stockholm.

Complex, slow-burning thriller with a final twist that leaves no one unscathed.
— Booklist

Gerhardsen was a mathematician before becoming a writer, which might explain the precision with which she’s mapped her characters’ backstories and trajectories. Black Ice is both an intricate puzzle and a probing psychological study of flawed people as they navigate a series of moral dilemmas, often making the wrong choice or misunderstanding the actions of another. Ultimately, the book’s greatest strength lies in its messy humanity.

Gerhardsen proves that she should be more widely known as the book contains innovative narrative techniques and introduces a spin on how to tell a captivating crime story in dual timelines. The story is bleak as well as engrossing and the readers are kept on their toes due to the never ending twists and turns that dominate the plot as a whole. It's been a while since I've read a Nordic crime novel that dares to experiment and initiate a special kind of game with the reader who is constantly fed with misleading information only to be disproved as the story evolves. All our speculations and conceptions concerning the plot's reality are bound to fall apart as Gerhardsen enjoys teasing her readership in a masterful manner, while the main characters are drawn in a way that leaves room for various theories regarding their actual role in the story's events.
— Tap the Line magazine

Carin Gerhardsen writes so vividly, like she is painting with words, gripping your heart and soul in an ever-tightening tourniquet.
— Peter James, UK #1 Bestselling Author of the Detective Superintendent Roy Grace Series