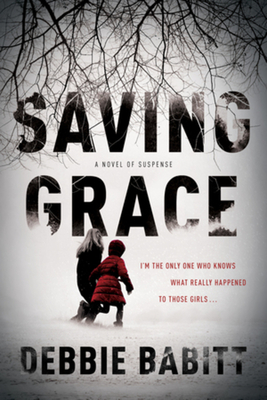 Debut author Debbie Babitt will hook you with this riveting psychological suspense novel grounded in complex characters and a terrifying struggle between good and evil. Mary Grace is the first female sheriff of the town of Repentance, Arkansas. While she grew up within the city limits, that doesn’t mean she hasn’t always been a bit of an outsider. Her independent spirit seems to have gotten her far both in terms of work and as a single parent, but when girls begin to disappear in a manner similar to a shocking crime from her youth, is she the prepared to find out who is to blame, and what evil has touched this town yet again? Babitt surprises us again and again as she peels back the layers of deceit that have protected Mary Grace from the truth. A strong entrance to the suspense scene and an exciting new author to watch!

In this gripping suspense debut, the first female sheriff of a small mountain village investigates a disappearance that echoes the crimes that shattered her town decades before.

For twenty-four years, Mary Grace Dobbs has been searching for salvation. Orphaned at eleven, she was forced to go live with her Bible salesman uncle, wheelchair-bound aunt, and a cousin who tortured and killed small animals. At school, a bully made her life a nightmare. Everything changed when a newcomer to town became her only best friend, and changed a second time when that friend and another classmate vanished two months later, never to be seen again.

Today, Mary Grace is the first female sheriff of her rural town, a position that doesn’t sit well with some of the locals. Keeping order and her demons at bay becomes an impossible task when the Black drifter suspected in the earlier disappearances returns to Repentance . . . and another sixth grader vanishes.

With old prejudices and new secrets spilling out into the open, the modern world soon illuminates the village’s darkest corners. The case becomes even more fraught as a cult of white supremacists brings its gospel of hate to Repentance and violence explodes, claiming more lives. Racing to find the missing girl while fearing for the safety of her own sixth-grade daughter, Mary Grace must confront an unspeakable truth—and face a decision no parent should ever have to make.

Set in a remote mountain town, where the secrets run as deep as the hollows, Saving Grace is at once a spell-binding tale of innocence lost and a twisty, edge-of-your-seat psychological thriller. This startling debut novel introduces a captivating protagonist whose concept of good and evil can shape a young girl—then and now.

Debbie Babitt was Copy Director for two major Manhattan publishing companies. She has worked as an actress, a playwright, and a drama critic. Debbie is the daughter of a former federal judge and is married to a criminal defense attorney. She and her husband divide their time between New York and Florida. Saving Grace is her debut novel.

A Southern gothic that will cling like cobwebs, and encourage you to read on long past your bedtime.
— Criminal Element

Fasten your seat belts! SAVING GRACE is the scariest literary ride of the year. Debbie Babitt’s debut novel is nothing short of breathtaking and the ending will blow your socks off.
— John Lescroart, New York Times bestselling author

Saving Grace introduces us to a town of harrowing secrets — and to its sheriff, Mary Grace Dobbs, who doesn't even know that the worst of these secrets are hers. An ingenious, multi-generational plot reaches a terrifying crescendo you won't easily forget.
— Joseph Finder, New York Times-bestselling author

Saving Grace is a big, southern gothic thriller packed with secrets. The characters jumped off the page, drawing me in until it was impossible to put down. Original, dark, and staggering.

— Samantha Downing, USA Today bestselling author of My Lovely Wife and He Started It

This is a riveting thriller that captures you on the first page and never lets you go. Debbie Babitt masterfully uses voice and spare, evocative prose to create a spellbinding story. Warning: Once you start this book, you won't want to stop.
— William Bernhardt, bestselling author of The Last Chance Lawyer

A tense and promising debut, and I eagerly await what Debbie Babitt has in store for us next
— Bookreporter

This psychological thriller is a meticulously crafted gem that will keep the reader wondering throughout until the final secret is revealed.
— The Florida Times-Union