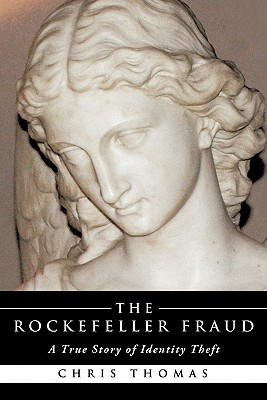 By Chris Thomas
for information about purchasing this book, please contact orders@bookpassage.com

THE ROCKEFELLER FRAUD - BACK COVER TEXT Who could ever imagine the "chance of a lifetime" turning into a nightmare and personal hell? It happened to Chris Thomas. He lost everything he had ever hoped for, including himself. It was supposed to be a positive career move. Thomas had every reason to believe his journey would be rewarding, and he embarked on it with great anticipation. But it was a scam, creatively orchestrated and meticulously detailed. This was an entire life-fleecing. Chris Thomas dreamed of becoming a vocalist. As a child, he sang for the sheer joy of expression. As a teenager, he sang to cover up his loneliness. Finally, as an adult, he became a skilful musician, with the confidence, vision, and purpose required of an accomplished performer. Nothing could get in his way. The need to express his love for music became his ultimate focus. But under the guidance of a trusted financial advisor, employer, mentor, and friend, Chris Thomas was gradually ushered into a world no one could have imagined. Chris Thomas writes of the devastation identity theft can bring. He provides excruciating details of how he was taken to the pinnacle of his dreams and thrown over. He was almost destroyed. All that was left was a thread of hope. It became his lifeline and his new beginning. CHRIS THOMAS was given an opportunity for advancement that required him to relocate to New York City. With direction and assistance from a substantial employer, he moved to the Big Apple and became a victim of a national scam ring known as the Little Rockefellers. He was victimized by identity theft and fraud and a host of related crimes. After years of legal battles he relocated to Plano, Texas to begin a new life. He lives there now.