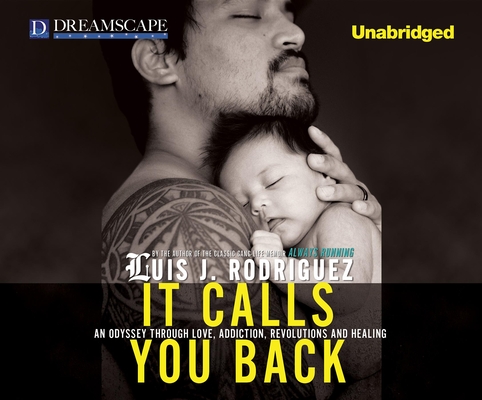 Growing up on the streets of East L.A., Luis Rodriguez narrowly escaped a serious jail term and then struggled to overcome his powerful addiction to heroin and alcohol. Eventually, Rodriguez embarked on a career as a successful journalist and a highly regarded poet. In It Calls You Back, Rodriguez describes with heartbreaking honesty his challenges as a husband and a father and his difficulty leaving his criminal past completely behind. Most disturbing is the terrifying realization that he cannot save his own son from the deadly lure of gang life. Luis's emotional journey offers deep insight into barrio life and the embattled souls of those heroic men and women who risk everything to make it out - and return to help those left behind.

The son of Mexican immigrants, Luis J. Rodriguez began writing in his early teens and has won national recognition as a poet, journalist, fiction writer, children's book writer, and critic. Currently working as a peacemaker among gangs on a national and international level, Rodriguez helped create Tia Chucha's Caf' & Centro Cultural, a multiarts, multimedia cultural center in the Northeast San Fernando Valley.READER BIO Jacob Vargas' introduction to acting came with a bit part as a breakdancer on the hit TV show Diff'rent Strokes. Since then he has built an impressive resume in both comedic and dramatic roles. Not satisfied with being labeled as just an actor, he focuses his talents on writing and producing through his company Third Son Productions. He recently launched a comedy web channel Thetvfantastic.com, and is currently developing several feature film and television projects.

"Rodriguez's life story is astonishing... It takes a heart broken open by a lifetime of sorrows to write with this wisdom and compassion. It takes a visionary to use this knowledge in service to those the world despises - troubled youth, the homeless, the incarcerated, the poor, the migrant - to be called back for those you love." - Sandra Cisneros, author of Caramelo and The House on Mango Street

"This is a man who understands that 'giving back' is a natural thing to do - and does it in spades. My respect for his metamorphosis can only be described as awe." - John Densmore, bestselling author of Riders on the Storm

"Two decades ago Luis Rodríguez became a superhero in Chicano literature with his survivor's story of a gangbanger youth. Here, again, he beautifully details his not-so-ordinary life, its tragedies and graces, but now as a son, husband, father, a worker, journalist, and successful author. With It Calls You Back, Rodriguez maps out his activist past and leads us into the future. Adelante!" - Dagoberto Gilb, author of The Flowers