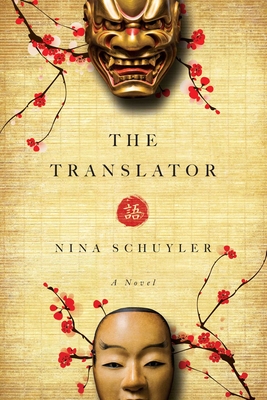 By Nina Schuyler
Out of Print

When renowned translator Hanne Schubert falls down a flight of stairs, she suffers an unusual condition— the loss of her native language. Speaking only Japanese, a language she learned later in life, she leaves for Japan. There, to Hanne’s shock, the Japanese novelist whose work she recently translated confronts her publicly for sabotaging his work. Reeling, Hanne seeks out the inspiration for the author’s novel — a tortured, chimerical actor, once a master in the art of Noh Theater. Through their passionate, volatile relationship, Hanne is forced to reexamine how she has lived her life, including her estranged relationship with her daughter. In elegant prose, Nina Schuyler offers a deeply moving and mesmerizing story about language, love, and the transcendence of family.

In
Hanne Schubert’s talent for language, Nina Schuyler delivers the
importance of words in literature and in life.
— Meg Waite Clayton, author of The Wednesday Sisters

A
lyrical, haunting tale delivered with both grace and smarts. Nina
Schuyler skillfully strips away her translator character’s primary
language, and sends her on a journey of self-discovery.
— Lalita Tademy, author of the New York Times bestsellers Cane River and Red River

Evocative,
powerful, and well-paced, Schuyler’s novel illuminates how interpreting
a person is as complicated an art as translating a book.