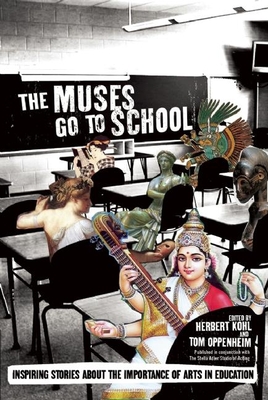 What do Whoopi Goldberg, Phillip Seymour Hoffman, Rosie Perez, and Phylicia Rashad have in common? A transformative encounter with the arts during their school years. Whether attending a play for the first time, playing in the school orchestra, painting a mural under the direction of an art teacher, or writing a poem, these famous performers each credit an experience with the arts at school with helping them discover their inner humanity and putting them on the road to fully realized creative lives. In The Muses Go to School, autobiographical pieces with well-known artists and performers are paired with interpretive essays by distinguished educators to produce a powerful case for positioning the arts at the center of primary and secondary school curriculums. Spanning a range of genres from acting and music to literary and visual arts, these smart and entertaining voices make surprising connections between the arts and the development of intellect, imagination, spirit, emotional intelligence, self-esteem, and self-discipline of young people. With support from a star-studded cast, editors Herbert Kohl and Tom Oppenheim present a memorable critique of the growing national trend to eliminate the arts in public education. Going well beyond the traditional rationales, The Muses Go to School shows that creative arts, as a means of academic and personal development, are a critical element of any education. It is essential reading for teachers, parents, and anyone who really cares about education.

Herbert Kohl is a celebrated writer, teacher, and advocate. He is the author of more than forty books, including the bestselling classic 36 Children. A recipient of a National Book Award and a Robert F. Kennedy Book Award, he was the founder and first director of the Teachers and Writers Collaborative in New York City, has served as a Senior Fellow at the Open Society Institute, and established the PEN West Center in San Francisco. In 2010, Kohl was named a Guggenheim Fellow in education. He lives in Point Arena, California. Tom Oppenheim is the artistic director of the Stella Adler Studio of Acting. A lifelong New Yorker, he studied acting at the National Shakespeare Conservatory and, with his grandmother, Stella Adler. He has numerous theatre, film, and television credits, including the title role in Macbeth with the Harold Clurman Laboratory Theater company where he has directed nine productions. He is the recipient of the 2009 Laurette Taylor award from Theatre East. Grounded by a belief in the potential for theatre to influence society, he devotes much of his time to expanding the social outreach of the Stella Adler Studio.