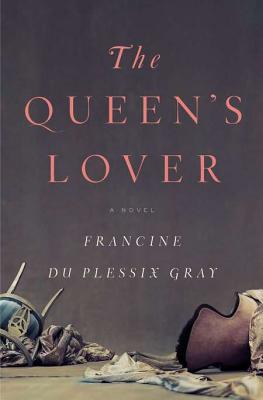 Francine du Plessix Gray’s beautifully realized historical novel reveals the untold love story between Swedish aristocrat Count Axel von Fersen and Marie Antoinette. The romance begins at a masquerade ball in Paris in 1774, when the dashing nobleman first meets the mesmerizing nineteen-year-old dauphine, wife of the reclusive prince who will soon become Louis XVI. This electric encounter launches a love affair that will span the course of the French Revolution.

He returns to find France on the brink of disintegration. After the Revolution of 1789 the royal family is moved from Versailles to the Tuileries. Fersen devises an escape for the family and their young children (Marie-Thérèse and the dauphin—whom many suspect is in fact Fersen’s son). The failed attempt leads to a more grueling imprisonment, and the family spends its excruciating final days captive before the king and queen face the guillotine.

Grieving his lost love in his native Sweden, Fersen begins to sense the effects of the French Revolution in his homeland. Royalists are now targets, and the sensuous aristocratic world of his youth is fast vanishing. Fersen is incapable of realizing that centuries of tradition have disappeared, and he pays dearly for his naïveté, losing his life at the hands of a savage mob that views him as a pivotal member of the ruling class.

Scion of Sweden’s most esteemed nobility, Fersen came to be seen as an enemy of the country he loved. His fate is symbolic of the violent speed with which the events of the eighteenth century transformed European culture. Expertly researched and deeply imagined, The Queen’s Lover is a fresh vision of the French Revolution and the French royal family as told through the love story that was at its center.

FRANCINE DU PLESSIX GRAY is a regular contributor to The New Yorker and is the author of numerous books of fiction and nonfiction, including Simone Weil, At Home with the Marquis de Sade: A Life, Rage and Fire, Lovers and Tyrants, and Soviet Women. She is most recently the author of the memoir Them: A Memoir of Parents. She lives in Connecticut.

“Deeply intelligent…spellbinding… If you liked Antonia Fraser’s Marie Antoinette or Hilary Mantel’s Wolf Hall — if you admired Gabriel Garcia Marquez’s close lens in The General in His Labyrinth — you will be richly rewarded by du Plessix Gray’s amalgam of history and drama. Read it for its insights on Versailles; read it for its eye-opening glimpses into an equally venal Stockholm. But read it, when all is said and done, for its heartbreakingly wistful romance."—Marie Arana, The Washington Post

“The voice of history rises up out of the pages of [this] persuasive new novel. [A] lively, incredibly readable, definitely R-rated version of the life and death of Marie Antoinette.” – Alan Cheuse, NPR

“Ms. Gray has created fully developed, flawed and complex characters in a way that would probably not have been possible within the confines of biography.  [She] conjures up a world she knows well, in riveting detail. [The Queen’s Lover is] a feat of research and imagination.”—Moira Hodgson, The Wall Street Journal

“Don’t remember anything about the French Revolution from high school? This is one of those books where you’ll learn – or relearn – history effortlessly, as du Plessix Gray spins the affair of Marie Antoinette and a Swedish count into riveting drama.” – Entertainment Weekly

“[A] triumph of scholarship and storytelling... a remarkable book.”—Daily Beast


“Set against the backdrop of royal opulence and revolution, du Plessix Gray’s richly detailed chronicle of love and loss provides startling insight into the complex and tragic inner life of the iconic and controversial French queen Marie Antoinette.”
—Amanda Foreman, author of A World on Fire: Britain’s Crucial Role in the American Civil War

“The story of the strange, then sad, then finally tragic life of Marie Antoinette has been told many times, but never with more humane feeling and historical point than Francine du Plessix Gray does in her new novel. Seen from the startling point of view of the Queen’s Swedish lover, Count Axel von Fersen, The Queen’s Lover makes a familiar story newly poignant, and, without ever being pedantic, places that story in a broader context of European politics, too often missed.”
—Adam Gopnik, author of Paris to the Moon

“The Queen’s Lover is a thrilling book. It has everything—suspense, intrigue, love, luxury, tragedy, and romantic and familial love. It tells a familiar story from a new point of view.”
—Edmund White, author of Jack Holmes and His Friend

“In The Queen’s Lover, Francine du Plessix Gray brings her peerless narrative gifts to bear on one of history’s all-time greatest love stories: the secret romance between Marie Antoinette and Count Axel von Fersen. Set against the backdrop of the French monarchy’s cataclysmic fall, the affair between the doomed queen and the dashing Swede is at once an achingly tender tale of two lovers and a tragic story of unspeakably brutal, broad-based societal change. With a historian’s eye for evocative contextual detail and a novelist’s ear for the lyricism of ‘le grand amour,’ Gray weaves an unforgettable portrait of a couple whose lives were transfigured by love . . . and shattered by revolution.”
—Caroline Weber, author of Queen of Fashion: What Marie Antoinette Wore to the Revolution