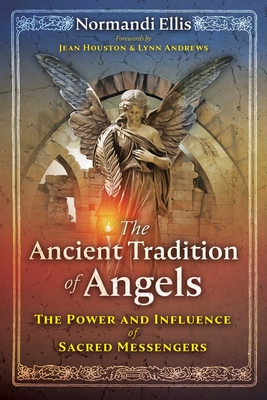 • Explains that angels are beings of light consciousness, here to help our individual and planetary cosmic evolution

• Explores angels from Judeo-Christian and Islamic faiths, Hinduism and Buddhism, the beliefs of ancient Egypt, Yezidism, and Zoroastrianism as well as what Theosophists, Kabbalists, Sufi masters, Eastern gurus, and modern mystics like Edgar Cayce have recounted about angels

• Examines contemporary angelic encounters, including the author’s own interactions with angels, and also looks at the purpose of dark angels and fallen angels

In this in-depth study into the mystery and purpose of angels, Normandi Ellis looks at the angelic dimensions of spiritual traditions around the world from the ancient past to present day. She explores well-known angels from Judeo-Christian and Islamic faiths, the Hindu Devata and Buddhist spirit beings, the neteru of ancient Egypt, the Peacock Angel of Yezidism, and the yazatas of Zoroastrianism. She compares angelic visions from medieval Christians like Thomas Aquinas and John of Damascus with what Theosophists, Kabbalists, Sufi masters, Eastern gurus, and modern mystics like Edgar Cayce have recounted about angels. She looks at dark and fallen angels and their role in the grand cosmological plan. Quoting from sacred traditions, narrative myth, and contemporary angelic encounters, including her own personal interactions with angels, the author clarifies the divergent aspects of angelic beliefs but also reveals the common points shared by all traditions.

Ellis shows how, in whatever guise they appear, angels are messengers. Sharing a wealth of evidence from both Western and Eastern holy texts as well as modern accounts, she explains that angels are beings of light consciousness, part of the universal life force that connects all beings. And not only are angels actively helping in our planet’s cosmic evolution, they also help us see our own place in the cosmic plan.

Normandi Ellis is an award-winning writer, workshop facilitator, and director of PenHouse Retreat Center. The author of several books, including Awakening Osiris, and coauthor of Invoking the Scribes of Ancient Egypt, she leads tours to Egypt with Shamanic Journeys, Ltd., and lives in Frankfort, Kentucky.

Jean Houston and Robert Masters are well-known pioneers of modern consciousness research and were both among the founders of the Human Potentials Movement. They also coauthored Mind Games: The Guide to Inner Space and The Varieties of Psychedelic Experience. Jean Houston is also the author of A Passion for the Possible, Godseed, and A Mythic Life. She resides in New York.