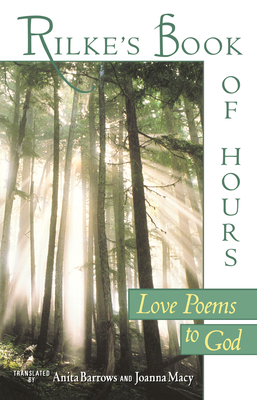 By Rainer Maria Rilke
$13.00
Email or call for price

At the beginning of this century, a young German poet returned from a journey to Russia, where he had immersed himself in the spirituality he discovered there. He "received" a series of poems about which he did not speak for a long time - he considered them sacred, and different from anything else he ever had done and ever would do again. This poet saw the coming darkness of the century, and saw the struggle we would have in our relationship to the divine. The poet was Rainer Maria Rilke, and these love poems to God make up his Book of Hours.

RAINER MARIA RILKE was born in Prague in 1875 and died in Valmont, Montreux, in 1926. Throughout his life he travelled restlessly around Europe, meeting Tolstoy in Russia (1900), working as ‘secretary’ to Rodin in Paris (1905–6), enjoying some aristocratic hospitality (especially at Castle Duino, near Trieste, as guest of Marie von Thurn und Taxis, between 1910 and 1914), working as a clerk in Austria during the war, but finally settling at the Château de Muzot, Valais, after 1922.

The turning-points in his career are the Neue Gedichte (‘New Poems’) of 1907–8, together with the journal-novel of the same period, Die Aufzeichnungen des Malte Laurids Brigge (1910); and Duineser Elegeien and Die Soneete an Orpheus of 1922. His final interest was Paul Valéry whose poems, Charmes, he translated in 1925 and imitated in his own Poèmes français.