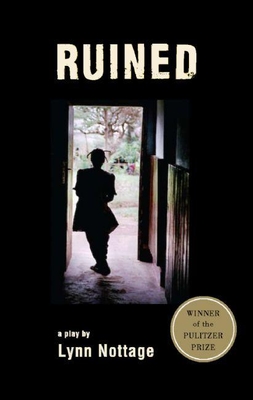 Winner of the 2009 Pulitzer Prize for Drama

"An intense and gripping new drama . . . the kind of new play we desperately need: well-informed and unafraid of the world's brutalities. Nottage is one of our finest playwrights, a smart, empathetic and daring storyteller who tells a story an audience won't expect."--David Cote, Time Out New York

A rain forest bar and brothel in the brutally war-torn Congo is the setting for Lynn Nottage's extraordinary new play. The establishment's shrewd matriarch, Mama Nadi, keeps peace between customers from both sides of the civil war, as government soldiers and rebel forces alike choose from her inventory of women, many already "ruined" by rape and torture when they were pressed into prostitution. Inspired by interviews she conducted in Africa with Congo refugees, Nottage has crafted an engrossing and uncommonly human story with humor and song served alongside its postcolonial and feminist politics in the rich theatrical tradition of Bertolt Brecht's Mother Courage.

Lynn Nottage's plays include Crumbs from the Table of Joy, Fabulation, and Intimate Apparel, winner of the American Theatre Critics' Steinberg New Play Award and the Francesca Primus Prize. Her plays have been widely produced, with Intimate Apparel receiving more productions than any other play in America during the 2005-2006 season.

Lynn Nottage's plays include Crumbs from the Table of Joy, Fabulation and Intimate Apparel, for which she was awarded the Francesca Primus Prize and the American Theatre Critics/Steinberg New Play Award in 2004. Her plays have been produced at theatres throughout the country, with Intimate Apparel slated for more productions than any other play during the 2005-2006 season.