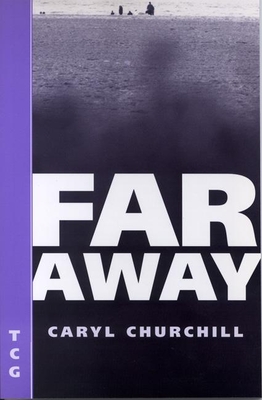 Chilling... Churchill's play seems to reinvent drama with every other line. - Village Voice A masterpiece from one of the most valuable playwrights working today. Churchill is that rare dramatist who imagines different forms and even invented languages every time out. -Chicago Tribune Deeply disturbing. Far Away has the picturesque form and gentle rhythms of a fairy tale told at bedtime. But it also finds a grating alarm in traditional sounds of comfort, from the lapping of a stream and the lilt of a lullaby to the hesitating confidences exchanged by a boy and girl falling in love... I can think of no contemporary playwright who combines such scope of imagination and depth of purpose. -Ben Brantley, New York Times Far Away opens on a girl questioning her aunt about having seen her uncle hitting people with an iron bar. Several years later, the whole world is at war - including birds and animals. The girl has returned to her aunt to take refuge and begins to describe her journey: There were piles of bodies and if you stopped to find out there was one killed by coffee or one killed by pins, they were killed by heroin, petrol, chainsaws, hairspray, bleach, foxgloves, the smell of smoke was where we were burning the grass that wouldn't serve..." Caryl Churchill has written for the stage, television and radio. A renowned and prolific playwright, her plays include Cloud Nine, Top Girls, Far Away, Drunk Enough to Say I Love You?, Bliss, Love and Information, Mad Forest and A Number. In 2002, she received the Obie Lifetime Achievement Award and 2010, she was inducted into the American Theater Hall of Fame.