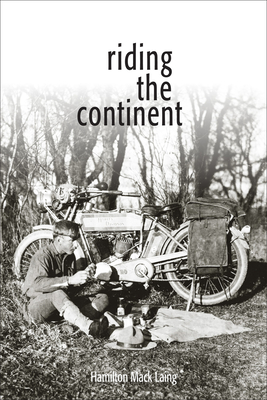 Hamilton Mack Laing was an illustrious early British Columbia writer and naturalist. But few know him as how he described himself in his mid-thirties: a motorcycle-naturalist. For several years beginning in 1914, Laing used the motorcycle to access the natural world, believing it gave him a distinct advantage over other forms of transportation. During this period in his life he would take on a transcontinental journey, riding across the United States from Brooklyn to Oakland in 1915. His previously unpublished manuscript of this journey has been hidden away for nearly a century. Now, its pages telling the tale of his six-weeks' perambulation will be available to readers for the first time.

Riding the Continent tells the story of a pioneering motorcyclist and independently thinking naturalist as well as an unusual road trip. As Laing put it, the lure of the unending road is a call that will not be denied. Laing's tale explores the beauty of North America's bird life, describes the sights, scenery and people he encountered, and takes us along for the ride on a 1915 Harley-Davidson he named Barking Betsy. Also included are a foreword by Laing biographer and B.C. historian Richard Mackie and an afterword by editor and motorcycle travel writer Trevor Marc Hughes.