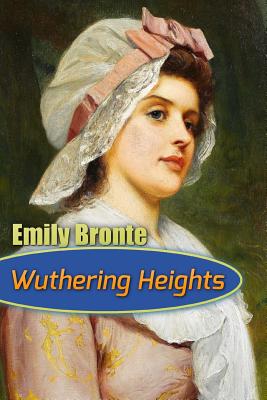 In 1801, Lockwood, a wealthy man from the South of England who is seeking peace and recuperation, rents Thrushcross Grange in Yorkshire. He visits his landlord, Heathcliff, who lives in a remote moorland farmhouse, Wuthering Heights. There Lockwood finds an odd assemblage: Heathcliff seems to be a gentleman, but his manners are uncouth; the reserved mistress of the house is in her mid-teens; and a young man seems to be a member of the family, yet dresses and speaks as if he is a servant. In this wild, stormy countryside, Lockwood asks his housekeeper, Nelly Dean, to tell him the story of Heathcliff and the strange denizens of Wuthering Heights. Nelly consents, and Lockwood writes down his recollections of her tale in his diary; these written recollections form the main part of Wuthering Heights. Thirty years earlier, the owner of Wuthering Heights is Mr Earnshaw, who lives with his teenage son Hindley and his daughter Catherine. On a trip to Liverpool Earnshaw encounters a homeless boy, described as a "dark-skinned gypsy in aspect". He adopts the boy and names him Heathcliff. Hindley feels that Heathcliff has supplanted him in his father's affections and becomes bitterly jealous. Catherine and Heathcliff become friends, and spend hours each day playing on the moors. They grow close. Mr. Earnshaw grows to prefer Heathcliff to his own son, and when Hindley continues his cruelty to Heathcliff, Mr. Earnshaw sends Hindley away to college, keeping Heathcliff nearby. Three years later Earnshaw dies and Hindley becomes the landowner; he is now master of Wuthering Heights. He returns to live there with his new wife, Frances. He allows Heathcliff to stay but only as a servant. The rest of the story is about: - Hindley begins his slide into alcoholism. - Catherine becomes engaged to Edgar Linton and Heathcliff leaving Wuthering Heights. - Heathcliff and Isabella elope; Catherine becomes ill with brain fever and young Catherine is born late in the year; Catherine dies. - Hindley's death and Heathcliff inheriting Wuthering Heights. - Young Catherine meets Hareton and visits Wuthering Heights for the first time - Heathcliff dies and Lockwood learns that Hareton and Cathy plan to marry on New Year's Day. As he gets ready to leave, he passes the graves of Catherine, Edgar and Heathcliff, and pauses to contemplate the quiet of the moors. The story of Wuthering Heights is told through flashbacks recorded in diary entries, and events are often presented out of chronological order-Lockwood's narrative takes place after Nelly's narrative, for instance, but is interspersed with Nelly's story in his journal. Nevertheless, the novel contains enough clues to enable an approximate reconstruction of its chronology, which was elaborately designed by Emily Bront . One of the great classics that has been widely read by many, many people all over the world. Get Your Copy.