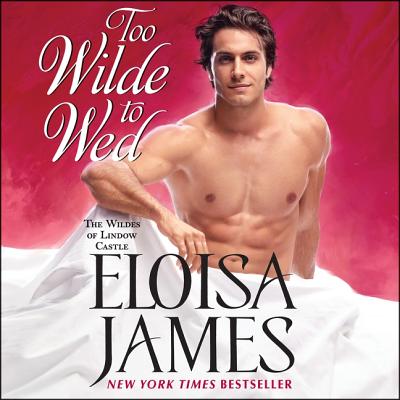 By Eloisa James, Susan Duerden (Read by)
$59.99
Email or call for price

This is book number 2 in the Wildes of Lindow Castle series.

The handsome, rakish heir to a dukedom, Lord Roland Northbridge Wilde--known to his friends as North--left England two years ago, after being jilted by Miss Diana Belgrave. He returns from war to find that he's notorious: polite society has ruled him "too wild to wed."

Diana never meant to tarnish North's reputation, or his heart, but in her rush to save a helpless child, there was no time to consider the consequences of working as a governess in Lindow Castle. Now everyone has drawn the worst conclusions about the child's father, and Diana is left with bittersweet regret.

Yet North is returning a hardened warrior--and this is one battle he's determined to win.

He wants Diana, and he'll risk everything to call her his own.