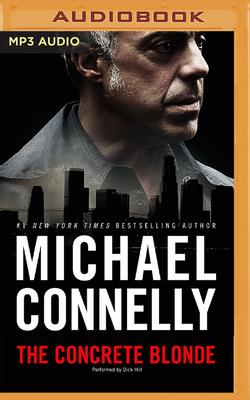 By Michael Connelly, Dick Hill (Read by)
for information about purchasing this book, please contact orders@bookpassage.com

This is book number 3 in the Harry Bosch series.

Detective Harry Bosch was sure he'd shot the serial killer responsible for a string of murders in LA . . . but now, a new crime makes him question his convictions.

The Dollmaker was the name of the serial killer who had stalked Los Angeles ruthlessly, leaving grisly calling cards on the faces of his female victims. Now with a single faultless shot, Detective Harry Bosch thinks he has ended the city's nightmare.

But the dead man's widow is suing Harry and the LAPD for killing the wrong man-- an accusation that rings terrifyingly true when a new victim is discovered with the Dollmaker's macabre signature.

So for the second time, Harry must hunt down a death-dealer who is very much alive, before he strikes again. It's a blood-tracked quest that will take Harry from the hard edges of the L.A. night to the last place he ever wanted to go-- the darkness of his own heart.

With The Concrete Blonde, Edgar Award-winning author Michael Connelly has hit a whole new level in his career, creating a breathtaking thriller that thrusts you into a blistering courtroom battle-- and a desperate search for a sadistic killer.