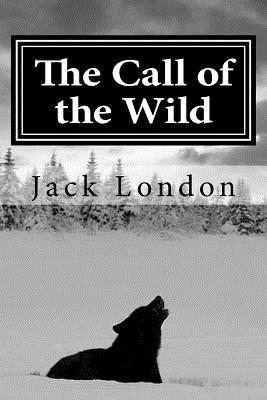 Buck, a sturdy crossbreed canine (half St. Bernard, half Shepard), is a dog born to luxury and raised in a sheltered Californian home. But then he is kidnapped and sold to be a sled dog in the harsh and frozen Yukon Territory. Passed from master to master, Buck embarks on an extraordinary journey, proving his unbreakable spirit...First published in 1903, The Call of the Wild is regarded as Jack London's masterpiece. Based on London's experiences as a gold prospector in the Canadian wilderness and his ideas about nature and the struggle for existence, The Call of the Wild is a tale about unbreakable spirit and the fight for survival in the frozen Alaskan Klondike.

Jack London's full name was John Griffith London, and he was born in San Francisco. After completing grammar school, London worked at various jobs to help support his family. He briefly enrolled in a university and took English classes, for he loved to read and write. However, he was not happy with this formal education and he soon dropped out. In 1897 and 1898, London, like many other American and Canadian men, went north to Alaska and the Klondike region of Canada to search for gold. This was the Alaska Gold Rush. Although London never found any gold, his experience in the extreme environment of this cold part of the world gave him ideas for the stories he would write when he decided to return to California. Upon his return to the San Francisco area, he began to write about his experiences. After winning a writing contest, he succeeded in selling some of his stories and in 1900, he published a collection of his short stories, The Son of the Wolf. Like Stephen Crane, London wrote in a Naturalistic style, in which a story's actions and events are caused mainly by man's internal biological needs, or by the external forces of nature and the environment. Many of his stories, including his masterpiece The Call of the Wild (1903), deal with civilized man getting back in touch with his deep, animal instincts. Among London's most important books were People of the Abyss (1903), written about the poor people of London, England; The Sea Wolf (1904), a novel based on the author's experiences as a seal hunter; John Barleycorn (1913), an autobiographical novel about his struggle against alcoholism; and The Star Rover (1915), a collection of related stories dealing with reincarnation. London wrote more than 50 books and enjoyed enormous international popularity as an author. His exciting, often violent and brutal writing style attracted readers from all over the world and his stories and novels were translated into many different languages. Despite his success, however, alcohol and two broken marriages added to his growing unhappiness. In 1916, at the age of only 40, Jack London committed suicide.