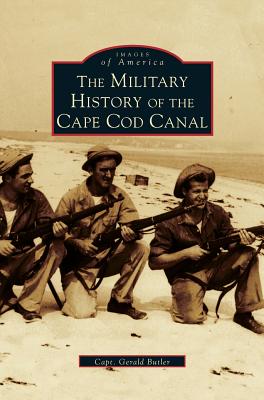 During World War II, with Allied merchant and navy ships under the threat of German U-boats, the eastern seaboard was on high alert. The Cape Cod Canal, a vital waterway for commercial and military traffic, underwent a period of strict control, occupation, and defense. This pictorial history documents the activity during that time and the extensive array of weaponry and manpower brought to bear in coastal defense.

In The Military History of the Cape Cod Canal, the abandoned foundations at Sagamore Hill and throughout most of Buzzards Bay are explored, as well as the weapons, devices, and personnel assigned to ensure the canal's integrity throughout the war. Although the responsibilities of the U.S. Army's Coast Artillery are a focal point, the actions of the U.S. Navy, the U.S. Coast Guard, and the air arms of all the military services during World War II are also included. The Military History of the Cape Cod Canal documents the mishaps, collisions, and war-damaged ships in and near the canal, as well as the joint military protection forces and plans in effect during World War II.