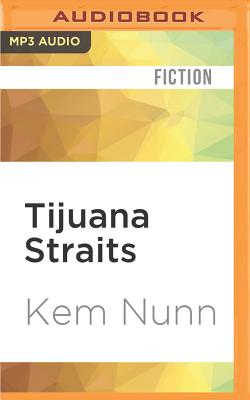 By Kem Nunn, Yetta Gottesman (Read by)
$9.99
Email or call for price

When Fahey, once a great surfer, now a reclusive ex-con, meets Magdalena, she is running from a pack of wild dogs along the ragged wasteland where California and Mexico meet the Pacific Ocean--a spot once known to the men who rode its giant waves as the Tijuana Straits. Magdalena has barely survived an attack on her life and Fahey, against his every instinct, takes her in.

An environmental activist, Magdalena is engaged in the struggle for the rights of the thousands of peasants streaming from Mexico's impoverished heartland to work in the maquilladoras--the foreign-owned factories that line her country's border, polluting its air and fouling its rivers. She is passionate about her work, and perhaps has taken too many risks with her own safety.