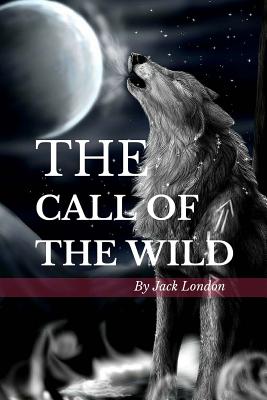 Unabridged & Original version with all 160 pages

The Call of the Wild is a novel by Jack London published in 1903.

The story is set in the Yukon during the 1890s Klondike Gold Rush-a period in which strong sled dogs were in high demand. The novel's central character is a dog named Buck, a domesticated dog living at a ranch in the Santa Clara Valley of California as the story opens. Stolen from his home and sold into service as sled dog in Alaska, he reverts to a wild state. Buck is forced to fight in order to dominate other dogs in a harsh climate. Eventually he sheds the veneer of civilization, relying on primordial instincts and learned experience to emerge as a leader in the wild.

London lived for most of a year in the Yukon collecting material for the book. The story was serialized in the Saturday Evening Post in the summer of 1903; a month later it was released in book form. The novel's great popularity and success made a reputation for London. Much of its appeal derives from the simplicity of this tale of survival. As early as 1908 the story was adapted to film and it has since seen several more cinematic adaptations.

The story opens with Buck, a large and powerful St. Bernard-Scotch Collie, living happily in California's Santa Clara Valley as the pet of Judge Miller. He is stolen by the gardener's assistant and sold to fund a gambling addiction. Buck is then shipped to Seattle. Put in a crate, he is unfed and beaten by the "man in the red sweater". When released, he attacks the man but is badly beaten and taught to respect the law of the club. Buck is then sold to a pair of French-Canadian dispatchers from the Canadian government, Fran ois and Perrault, who take him with them to the Klondike region of Canada. There they train him as a post office sled dog. From his teammates, he quickly learns to survive cold winter nights and the pack society. A rivalry develops between Buck and the vicious, quarrelsome lead dog, Spitz. Buck eventually beats Spitz in a fight "to the death". Spitz is killed by the pack after his defeat by Buck and Buck eventually becomes the leader of the team.

The team is then sold to a "Scottish half-breed" man working the mail service. The dogs must carry a heavy load to the mining areas, and the journey they make is tiresome and long. One of the team, a morose husky named Dave, becomes sick and eventually has to be shot to end his misery.

Buck's next owners are a trio of stampeders (Hal, Charles, and a woman named Mercedes from the United States), who are inexperienced at surviving in the Northern wilderness. They struggle to control the sled and ignore warnings that the spring melt poses dangers. They overfeed the dogs and starve them when the food runs out. He warns the trio against crossing the river, but they refuse his advice and order Buck to move on. Exhausted, starving, and sensing the danger ahead, Buck refuses and continues to lie unmoving in the snow. After Buck is beaten by Hal, Thornton recognizes him to be a remarkable dog. Disgusted by the driver's treatment of Buck, Thornton stops Hal from further mistreatment of Buck, by grabbing his arm, then says to Hal, "If you strike that dog again, I will kill you." Thornton then cuts Buck free from his traces, and tells the trio he is keeping him, much to Hal's displeasure. After some argument, the trio leaves and tries to cross the river, but as Thornton warned, the ice gives way and the three fall into the river and drown, along with the sled and neglected dogs.