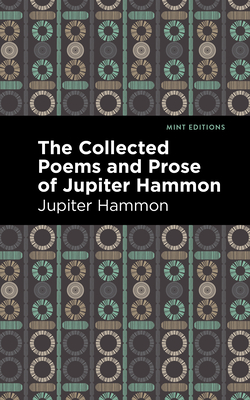 The Collected Poems and Prose of Jupiter Hammon compiles the works of Jupiter Hammon, America's first published black writer. When his poem "An Evening Thought: Salvation by Christ, with Penitential Cries" appeared in print as a broadside in 1761, Hammon unknowingly changed American literature for generations to come. Born into slavery, Hammon was a highly talented poet and preacher whose subtle criticism of slavery employed Christian symbolism and promoted a vision of salvation through determination and faith in God. In 1786, Hammon gave "An Address to the Negroes in the State of New York" at the inaugural assembly of the African Society of New York City. In it, he proclaimed that "If we should ever get to Heaven, we shall find nobody to reproach us for being black, or for being slaves." His message of hope and spiritual uplift employed Christian theology while responding to the needs and desires of enslaved African Americans. In "An Address to Miss Phillis Wheatley," Hammon harnesses the communicative power of poetry to acknowledge and praise a pioneering young poet: "While thousands muse with earthly toys; / And range about the street, / Dear Phillis, seek for heaven's joys, / Where we do hope to meet." Through this shared passion for poetry and belief in life after death, the two poets--who never did meet in life--join in mind and in spirit despite their earthly status as slaves. Through humility and hope, Hammon expresses his solidarity with a kindred soul while igniting and inspiring countless others. With a beautifully designed cover and professionally typeset manuscript, this edition of The Collected Poems and Prose of Jupiter Hammon is a classic of African American literature reimagined for modern readers.