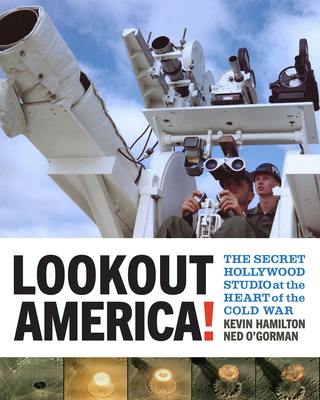 This is the first work ever written on the most important film studio in U.S. Cold War history: Lookout Mountain Laboratory, known during the 1960s as the 1352nd Photographic Group of the United States Air Force. The studio, christened Lookout Mountain Laboratory after its hilltop location in Hollywood, operated from 1947 to 1969 at the nexus between the emerging military-industrial complex and the Hollywood culture industry. It made hundreds of movies, processed hundreds of thousands of feet of film, stored volumes of Cold War imagery, and served as a regular meeting spot for atomic scientists, military brass, and Hollywood professionals. In the course of its history, Lookout Mountain Laboratory employed hundreds of Hollywood studio veterans and could summon the services, as needed, of such film luminaries as John Ford, Jimmy Stewart, and Marilyn Monroe. Moreover, Lookout Mountain Laboratory worked closely with the most important innovators in scientific and technical film and photography in mid-century America, above all the government contractor EG&G (or Edgerton, Germeshausen, and Grier). Based on extensive archival research and interviews, this landmark history engages with issues of the Cold War, the visual culture of the era, and the cultural collaborations of the national-security state.

Ned O’Gorman is professor of communication at University of Illinois at Urbana-Champaign.