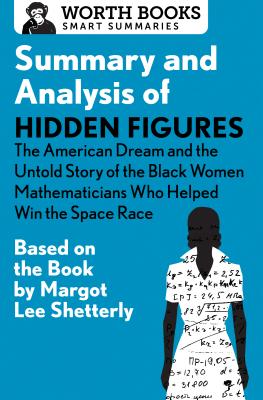 So much to read, so little time? Get an overview of Hidden Figures, the true story about the African American female mathematicians who helped NASA win the space race.

Despite the social and political climate at the height of Jim Crow, these women rose up and became integral to the project that put the first man on the moon. From World War II to the Cold War to the civil rights movement to the space race, Hidden Figures tells the story of four remarkable women whose contributions to science led to some of NASA's greatest successes.

With historical context, important quotes, fascinating trivia, a glossary of terms, and other features, this summary and analysis of Hidden Figures: The American Dream and the Untold Story of the Black Women Mathematicians Who Helped Win the Space Race is intended to complement your reading experience and bring you closer to a great work of nonfiction.

Worth Books' smart summaries get straight to the point and provide essential tools to help you be an informed reader in a busy world, whether you're browsing for new discoveries, managing your to-read list for work or school, or simply deepening your knowledge. Available for fiction and nonfiction titles, these are the book summaries that are worth your time.