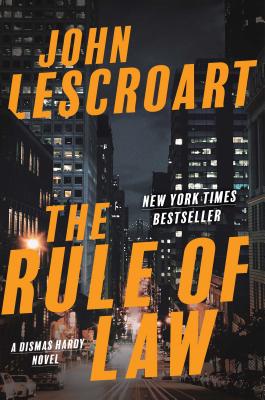 By John Lescroart
$27.00
Email or call for price

This is book number 18 in the Dismas Hardy series.

In “master of the legal thriller” (Chicago Sun-Times) John Lescroart’s electrifying new novel, attorney Dismas Hardy is called to defend the least likely suspect of his career: his longtime, trusted assistant who is suddenly being charged as an accessory to murder.

Dismas Hardy knows something is amiss with his trusted secretary, Phyllis. Her out-of-character behavior and sudden disappearances concern Hardy, especially when he learns that her convict brother—a man who had served twenty-five years in prison for armed robbery and attempted murder—has just been released.

Things take a shocking turn when Phyllis is suddenly arrested at work for allegedly being an accessory to the murder of Hector Valdez, a coyote who’d been smuggling women into this country from El Salvador and Mexico. That is, until recently, when he was shot to death—on the very same day that Phyllis first disappeared from work. The connection between Phyllis, her brother, and Hector’s murder is not something Dismas can easily understand, but if his cherished colleague has any chance of going free, he needs to put all the pieces together—and fast.

Proving that he is truly “one of the best thriller writers to come down the pike” (USA TODAY), John Lescroart crafts yet another whip-smart, engrossing novel filled with shocking twists and turns that will keep you on your toes until the very last page.

John Lescroart is the author of twenty-eight previous novels, including the New York Times bestsellers The Ophelia Cut, The Keeper, The Fall, and Fatal. His books have sold more than ten million copies and have been translated into twenty-two languages. He lives in Northern California.

"Lescroart’s novels are known as much for their abundantly human characters as they are for their rigorously plotted stories, and this one is a showcase for both of those attributes. Also impressive is the way Lescroart has kept his long-running series fresh by allowing Dismas to grow over the years. . . . Lescroart is a certifiable A-lister. His series entries and stand-alones always draw a crowd."
— Booklist

"Lescroart plots so cleverly that he has you believing his split-level thriller is really a single foreshortened novel. The perfect read for those who agree that "it's only trouble if somebody's shooting at you."
— Kirkus

“The Rule of Law cements Lescroart’s status as the undisputed master of the courtroom thriller, as always spiced with richly drawn characters and genuine emotion. Neither he nor Dismus Hardy have ever been better.”
— Providence Journal

"The Rule of Law is vintage Lescroart, drawing on parallels between real-life and hot-button issues while also providing top-notch entertainment."
— The Real Book Spy

"Neither [John Lescroart] nor Dismas Hardy has ever been better."
— BookPage