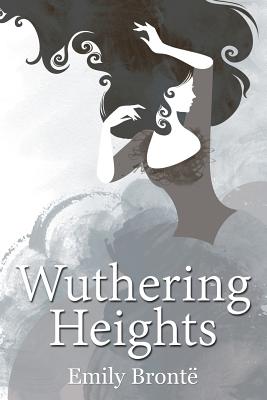 "If all else perished, and he remained, I should still continue to be; and if all else remained, and he were annihilated, the universe would turn to a mighty stranger."
--- Emily Bront , Wuthering Heights Wuthering Heights is a novel by Emily Bront , written between October 1845 and June 1846, and published in 1847 under the pseudonym Ellis Bell. It was her first and only published novel: she died the following year, aged 30. The decision to publish came after the success of her sister Charlotte's novel, Jane Eyre. After Emily's death, Charlotte edited the manuscript of Wuthering Heights, and arranged for the edited version to be published as a posthumous second edition in 1850. Wuthering Heights is the name of the farmhouse where the story unfolds. The book's core theme is the destructive effect of jealousy and vengefulness both on the jealous or vengeful individuals and on their communities. Although Wuthering Heights is now widely regarded as a classic of English literature, it received mixed reviews when first published, and was considered controversial because its depiction of mental and physical cruelty was unusually stark, and it challenged strict Victorian ideals of the day, including religious hypocrisy, morality, social classes and gender inequality. The English poet and painter Dante Gabriel Rossetti referred to it as "A fiend of a book - an incredible monster ... The action is laid in hell, --- only it seems places and people have English names there." In the second half of the 19th century, Charlotte Bront 's Jane Eyre was considered the best of the Bront sisters' works, but later critics argued that Wuthering Heights was superior. Wuthering Heights has inspired adaptations, including film, radio and television dramatisations, a musical by Bernard J. Taylor, a ballet, operas (by Bernard Herrmann, Carlisle Floyd, and Fr d ric Chaslin), a role-playing game, and a 1978 song by Kate Bush.