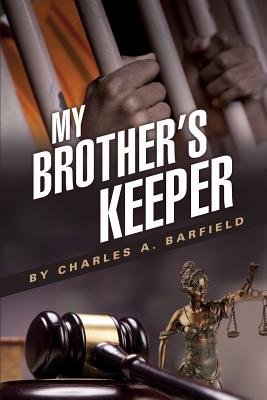 Charles A. Barfield 's new book, "My Brother's Keeper," is the most significant, compelling, and important real life story of the horrendous and inexplicable, prison wrongful death and medical negligence case, systemic, within, Florida and United States prison population. My Brother's Keeper is a modern day David v. Goliath legal classic and showcases how the Florida Dept. of Corrections, via its ineptitude of medical professionals, caused the wrongful death of his brother, Clifford E. Jones, Jr. and many poor and minority citizens. The 11 year legal battle involved two different juries, two different multi-million dollar verdicts, and two appeals. The book highlights how the immoral, prejudicial, and racial bias, systemic, within the Black Robe Klan of the judiciary, are causing unacceptable inmate deaths, pain, injury, and social injustice. Mr. Barfield is an attorney, author, and ordained minister and he was born and raised in Apalachicola, Florida, in the Florida panhandle. He prophetically told his brother at age 5, he would become an attorney and his first case would be over a million dollars. Never did he imagine that the prophecy would be his big brother's medical death and cover-up. Clifford had a 20 month prison sentenced for drug charges and it ended up being an illegal medical killing and cover-up. Clifford got sick and the prison doctors refused to give him proper medical treatment and deliberately refused to transfer him to a private medical facility. It was better for the state of Florida to let Clifford die because a dead person can't talk about the lack of care. The polished evil, legislative and judicial are both maintained by the sovereign immunity statutes and legal cap of damages. "If justice is not personal, intimate, tangible, and equal, then it's simply a 7 letter word without meaning or purpose." -Charles A. Barfield.