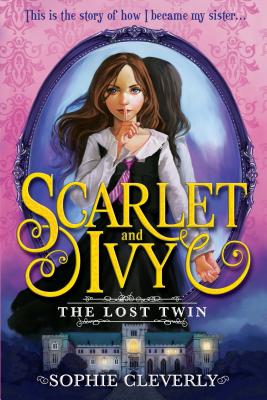 This is book number 1 in the Scarlet and Ivy series.

When shy Ivy's troublemaking twin Scarlet vanishes from Rookwood boarding school, Ivy is invited to "take her place." But when Ivy arrives, she discovers the school's true intention; she has to pretend to be Scarlet.

Luckily for Ivy, Scarlet isn't about to disappear without a fight. She's left pieces of her journal carefully hidden all over the school for Ivy to find. Ivy's going to figure out what happened to Scarlet. She's got to.

But the staff of Rookwood is always watching, and they'll do anything to keep their secrets buried...

Scarlet and Ivy Series:
The Lost Twin (Book 1)
The Whispers in the Walls (Book 2)
The Dance in the Dark (Book 3)