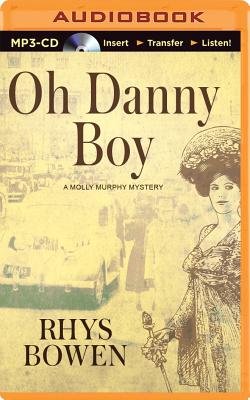 By Rhys Bowen, Nicola Barber (Read by)
Out of Print

This is book number 5 in the Molly Murphy Mysteries series.

In turn-of-the-century New York City, Irish immigrant Molly Murphy is contemplating giving up PI work for something a little less complicated, less exciting. Molly has had quite enough excitement recently, thank you very much. Especially from the handsome but deceptive NYPD captain Daniel Sullivan, whom she'd like to avoid completely. But when Daniel is accused of accepting bribes and lands himself in the Tombs, the notorious city jail, he begs Molly to help prove he was framed, and after everything they've been through, she cannot turn him down.

As she finds herself drawn further and further into the case, she begins to fear that Daniel's trouble is related to one of his investigations--catching the Eastside Ripper, a serial killer who is targeting prostitutes.