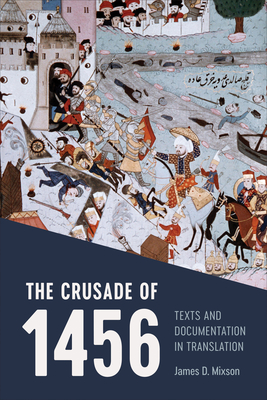 In July 1456, a massive Turkish army settled in before Belgrade, an ancient city at the confluence of the Danube and Sava rivers. The army's leader was the twenty-four-year-old Ottoman sultan Mehmed II, the Conqueror, who sought to take one of the most strategically important fortifications in southeastern Europe. Three weeks later, Mehmed's army was driven from Belgrade by a Hungarian warlord and his army, along with a ragtag force of ill-equipped crusaders.

In The Crusade of 1456, James D. Mixson gathers together the key primary sources for understanding the events that led to the siege of Belgrade. These newly translated sources challenge readers with their variety: papal decrees, letters, liturgies, and chronicles from Latin, Byzantine, and Ottoman perspectives. An accessible introduction, timelines, and maps help to illuminate this fascinating yet previously neglected story.