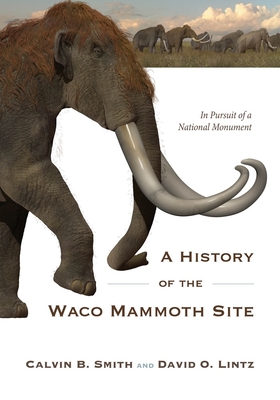 In paleontology there are certain encounters considered breakthroughs. Occasionally a unique event is discovered that permanently impacts our interpretation of an entire species.

The Waco Mammoth Site represents one such landmark moment. At the edge of the city, mammoth skeletons were unearthed from twelve feet of overburden, a find that has since been called one of the most important ancient proboscidean sites in the world. The discovery was made in 1978 by Paul Barron and Eddie Bufkin with subsequent excavations by David Lintz, who along with volunteers from Baylor University's Strecker Museum conducted the initial investigations. George Naryshkin, in his senior thesis for Baylor University's Department of Geology, identified the five partial skeletons as Mammuthus columbi.

Work was halted at the site from 1981 until Calvin Smith became the director of the Strecker Museum in 1983 and reopened the excavations in 1984. By the end of that year there were a total of sixteen specimens exposed in a cluster resembling a herd dying from a singular event. A news conference held by Baylor's Department of Public Relations received an enormous amount of interest that resulted in international coverage. Many colleagues contacted the museum wanting to see the site. Among them was Dr. Gary Haynes, who had done extensive research on both extinct and modern elephants through the National Geographic Society and the Smithsonian Institution. When he visited the site, he confirmed that it contained a nursery herd that succumbed to a single event, making it the largest such accumulation known to the scientific community.

During the next few years, the site was expanded and new discoveries unearthed: a forty-five-year-old female trying to extricate a juvenile out of the mud flow, as well as the herd bull with a juvenile on top of his tusks, a first in prehistoric mammoth behavior.

In 2015, after thirty-seven years of preservation and perseverance--and a whole lot of work and support from numerous individuals, especially volunteer Mr. Ralph Vinson, as well as many other organizations and entities--and at the proposal of the National Park Service, the site was federally recognized as the Waco Mammoth National Monument.

Calvin B. Smith is Archaeological Scholar in Residence and Library Coordinator at Trinidad State Junior College, Trinidad, Colorado.David O. Lintz is Director of the Red Men Museum and Library.