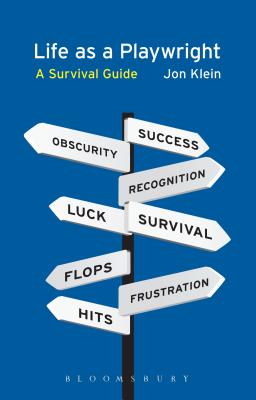 Addressing the questions central to any playwright's career and identity, Jon Klein offers you a glimpse into a career writing for the theatre. As well as an account of the day-to-day life of a writer, he also discusses what an aspiring playwright should expect as they navigate the industry and how to make yourself stand out from the crowd. Furthermore, the book looks at situations that the emerging playwright is likely to encounter, including: handling rehearsals, workshops, castings, re-writing, venues, reviews, successes and failure. The book concludes with seventeen interviews with other USA-based playwrights, representing a wide range of experience, from writers just starting to make a name for themselves to seasoned, award-winning veterans such as Sheila Callaghan, Steven Dietz, Keith Glover, Lauren Gunderson, John Pielmeier and Jen Silverman.

Jon Klein is the head of the MFA Playwriting Program at Catholic University of America in Washington, D.C. and author of over 30 produced plays, performed Off-Broadway and at many prestigious regional theatres. He has also written several adaptations and his stage version of Stendhal's classic novel The Red and the Black was produced at ACT Theatre, Seattle. He adapted T Bone N Weasel for a Turner Network film, starring Gregory Hines and Christopher Lloyd and for which received both the HBO Playwrights USA award and the Midwest Author's award. His other plays include Losing It, Chance and Necessity and Dimly Perceived Threats to the System. He has been a Playwright-in-Residence at the American Repertory Theatre, Cambridge, and the Alliance Theatre, Atlanta and he has taught playwriting and screenwriting at UCLA, the University of Texas, the University of Washington, Ohio University, and Hollins University.