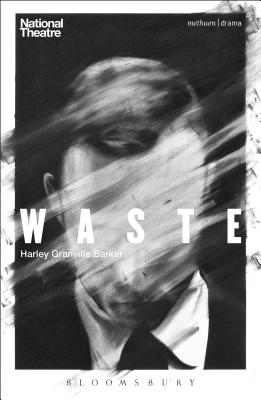 A scandal half-stifled is worse than a scandal. One is at everybody's mercy.

Backstage at a hung parliament, visionary Independent Henry Trebell is co-opted by the Tories to push through a controversial Bill. Pursuing his cause with missionary zeal, he's barely distracted by his brief affair with a married woman until she suffers a lethal backstreet abortion. Threatened by public scandal, the Establishment closes ranks and coolly seals the fate of an idealistic man. Famously banned by the censors in 1907, Harley Granville Barker's controversial masterpiece gathers a large ensemble to expose a cut-throat, cynical world of sex, sleaze and suicide amongst the political elite of Edwardian England. This edition was published for the National Theatre's revival in November 2015.

Harley Granville Barker (1877-1946) was the most brilliant British director of the first quarter of the twentieth century. His best known plays, including Waste (banned by the Lord Chamberlain), were written as contributions to his Company's repertoire of provocative modern drama for a subsidised national theatre, a cause he championed in his book A National Theatre: Scheme and Estimates. Waste was first presented by the Stage Society in 1907, before being revised and produced at the Westminster Theatre in 1936. Other plays include The Madras House, first produced at Duke of York's Theatre, 1910; The Secret Life; and His Majesty, which received its first production at the Edinburgh International Festival by Orange Tree Theatre Company in 1992.