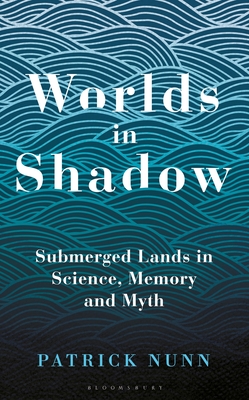 Discover ancient civilization that have disappeared beneath the ocean's surface and explore how the science of submergence adds to our knowledge of human history.

The traces of much of human history--and that which preceded it--lie beneath the ocean surface; broken up, dispersed, often buried, and always mysterious. This is fertile ground for speculation, even myth-making, but also a topic on which geologists and climatologists have increasingly focused on in recent decades. We now know enough to tell the true story of some of the continents and islands that have disappeared throughout the Earth's history, to explain how and why such things happened, and to unravel the effects of submergence on the rise and fall of human civilizations. The implications of all this for our current situation and the challenges ahead are clear for all to see.

Worlds in Shadow is the first book to present the science of submergence in a popular format. Patrick Nunn sifts the fact from the fiction, using the most up-to-date research to work out which submerged places may have actually existed versus those that probably only exist in myth. He looks at the descriptions of recently drowned lands that have been well-documented, those that could possibly be plausible, and those that almost certainly didn't exist.

Reaching even further back, Nunn examines the presence of older, more ancient lands, submerged beneath the waves in a time that even the longest-reaching folk memory can't reach. Such places may have played important roles in human evolution, but can only be reconstructed through careful geological detective work. Finally, he considers why and how lands became submerged, whether from sea-level changes, tectonic changes, gravity collapse, giant waves or volcanoes, and looks to the future to uncover why, when and where land may disappear in the future, and what might be done to prevent it.

In his engaging and accessible style, Patrick Nunn emphasises the importance of understanding the submerged lands of our past, but also brings an important sense of perspective to guard against the hyperbole that frequently occurs in the subject. Featuring research, examples, and stories from around the world, Worlds in Shadow is an important and grounded contribution to the science of submergence.

The author of more than 320 peer-reviewed publications, Patrick has also written several books, including two for Bloomsbury Sigma, The Edge of Memory and Worlds in Shadow.

Patrick has received the Gold Medal of both the Pacific Science Association (2003) and the Royal Geographical Society of Queensland (2018) and was one of those scientists to share the award of the (2007) Nobel Peace Prize to the Intergovernmental Panel on Climate Change.