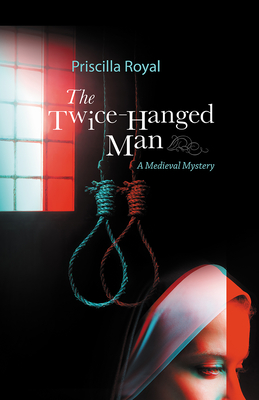 This is book number 15 in the Medieval Mysteries series.

It is Autumn, 1282. Edward I, more often hammering the Scots, is at war with Wales and it is not going as well as he wished. Everyone is edgy on both sides of the loosely defined border between England and Wales. Crucial battles have been lost. Raids are common. Death is a constant threat.

Prioress Eleanor is escorting her younger brother, Robert, and his wife, who is in labor, from their Marcher lands to greater safety at a Wynethorpe manor in a village just inside the English border. With her are Brother Thomas and Sister Anne, the sub-infirmarian and a good woman to have at a difficult birth. The baby arrives, a girl.

Mother and child may be healthy, but Death never wanders far from this beloved Prioress - whether she's home at Tyndal in Norfolk or traveling the realm. The local abbot begs her help. - the village priest has been found dead and standing over him is, a reliable witness says, the ghost of Hywel, the village stonemason yet a Welshman, and recently hanged for slaying some sleeping English soldiers. The abbot has failed to exorcise this malign spirit - surely the saintly visitors from Tyndal Priory in far away Norfolk, can do the job.

Bone tired, Eleanor questions the village hangman, who assures the religious party that Hywel was hanged once and then, when the weight of the fat felon strung up alongside him broke the beam, was hanged again. The experienced executioner checked all the bodily signs - Hywel was dead. But where is his grave? And why is the hangman quite soon found hanged? And what manner of secrets are so many of the locals - the sheriff and his household, the spice merchant, Maud the Bawd - keeping?