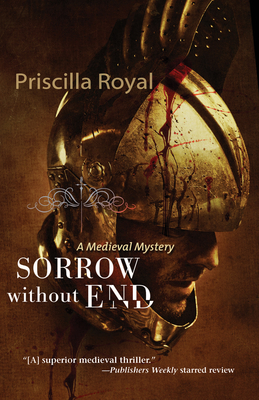 This is book number 3 in the Medieval Mysteries series.

"Excellent...oozes with suspense and intrigue." —Booklist

As the autumn storms of 1271 ravage the East Anglian coast, Crowner Ralf finds the corpse of a brutally murdered soldier in the woods near Tyndal Priory. The dagger in the man's chest is engraved with a strange, cursive design, and the body is wrapped in a crusader's cloak. Was the murder the act of a member of the Assassin sect, or was the weapon meant to mislead him in finding the killer?

Ralf's decision to take the corpse to the priory for advice may be reasonable, but he is soon caught up in a maelstrom of conflict, both personal and political. The priory is deeply divided over whether to purchase a relic. The decision could endanger both Prioress Eleanor's leadership and the future of the hospital. Brother Thomas becomes a suspect in the murder itself, and Ralf must choose between the demands of his brother, the sheriff, and loyalty to a friend.

Meanwhile, the murderer watches and waits.

"Eleanor's steadfast faith in a merciful God must contend with the vicious nature of man in a compelling resolution." — Publishers Weekly STARRED Review

"A very lively story focusing on events that are topical today without pulling the reader out of the period." — Historical Novel Society