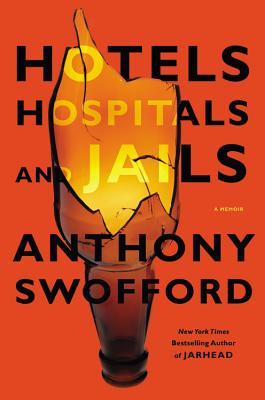 The publication of Jarhead launched a new career for Anthony Swofford, earning him accolades for its gritty and unexpected portraits of the soldiers who fought in the Gulf War. It spawned a Hollywood movie. It made Swofford famous and wealthy. It also nearly killed him.

Now with the same unremitting intensity he brought to his first memoir, Swofford describes his search for identity, meaning, and a reconciliation with his dying father in the years after he returned from serving as a sniper in the Marines. Adjusting to life after war, he watched his older brother succumb to cancer and his first marriage disintegrate, leading him to pursue a lifestyle in Manhattan that brought him to the brink of collapse. Consumed by drugs, drinking, expensive cars, and women, Swofford lost almost everything and everyone that mattered to him.

When a son is in trouble he hopes to turn to his greatest source of wisdom and support: his father. But Swofford and his father didn't exactly have that kind of relationship. The key, he realized, was to confront the man-a philandering, once hard-drinking, now terminally ill Vietnam vet he had struggled hard to understand and even harder to love. The two stubborn, strong-willed war vets embarked on a series of RV trips that quickly became a kind of reckoning in which Swofford took his father to task for a lifetime of infidelities and abuse. For many years Swofford had considered combat the decisive test of a man's greatness. With the understanding that came from these trips and the fateful encounter that took him to a like-minded woman named Christa, Swofford began to understand that becoming a father himself might be the ultimate measure of his life.

Elegantly weaving his family's past with his own present-nights of excess and sexual conquest, visits with injured war veterans, and a near-fatal car crash-Swofford casts a courageous, insistent eye on both his father and himself in order to make sense of what his military service meant, and to decide, after nearly ending it, what his life can and should become as a man, a veteran, and a father.

Anthony Swofford served in a U.S. Marine Corps Surveillance and Target Acquisition/Scout-Sniper platoon during the Gulf War. After the war, he was educated at American River College; the University of California, Davis; and the University of Iowa Writers' Workshop. He has taught at the University of Iowa and Lewis and Clark College. His fiction and nonfiction have appeared in The New York Times, Harper's, Men's Journal, The Iowa Review, and other publications; his memoir Jarhead was a major New York Times bestseller, and the basis for the movie of the same name. A Michener-Copernicus Fellowship recipient, he lives in the Hudson Valley, in New York.

"Intense.... As 'Jarhead' (2003), his harrowing account of serving with the Marines during the first gulf war, so eloquently attests, Mr. Swofford can write like he drives: fast and furious and profane, a poet's touch control channeling all the testosterone and adrenaline into a high-test, high-wire performance. His new memoir... reminds us of the power of Mr. Swofford's prose - his ability to conjure a mood, a time, a place with a flick of his pen."—Michiko Kakutani, The New York Times

"Join Anthony Swofford on his journey toward true manhood....HOTELS, HOSPITALS, AND JAILS is a powerful and sometimes painful book to read. The writing is short, staccato and rhythmic. More importantly, it's honest."—Bookpage.com

"Anthony Swofford has ruined me. His latest book is a memoir, Hotels, Hospitals, and Jails. And it's all guts. I laughed. I cried. I sat in somber silence. I could not put this book down. As deadlines escalate around me, other books need to be read, blurb requests are stacking up, it doesn't matter, it's the Anthony Swofford show...He splays it out. He's unrelenting. This is a book many authors have to wait until their fathers die or until someone dies to be this honest at portraying their families."—San Francisco Chronicle

"Swofford shares brutally honest stories about his family, random sex, hard drinking and his difficult relationship with his father, as he tries to cope with life and post-traumatic stress...Swofford is an often-gripping narrator, at his best both angry and charismatic without apology...The chapter about visiting a veterans' hospital has rightly been singled out as a remarkable piece of writing."—The Huffington Post

"[S]earing...Swofford's prose remains as strong as ever. And his insights into his own past and present strike an honest chord."—Associated Press

"Fiery follow-up memoir by the bestselling author of Jarhead . . . Swofford's writing, like many of his stories, is explosive . . . the author's voice and energy are compelling . . . sure to be a bestseller."—Kirkus Reviews

"Swofford is a remarkable writer, and Hotels might prove to be a timely reminder that for soldiers who have served our country overseas, returning home sometimes marks the start of yet another long battle."—NPR.org

"If perhaps some conversations are recollected here with incredible level of accuracy, the narrative is better off for it. Swofford has put in some hard years, and he writes of his past with a grit and flair for noir that can only be honed with experience."—The Daily Beast

"Remarkable....By dint of its jumpy nature, 'Hotels, Hospitals, and Jails' doesn't go into enough depth in explaining how Swofford righted his life. But his writing is too good and engaging for that to prevent the book from being a worthy entry in the pantheon of dysfunctional-family memoirs."—The Boston Globe

"Anthony Swofford has given us a complex, unflinching, loving, and sometimes harrowing memoir. Candid as a locomotive, written with fury and grace, this book has a dangerous, achingly desperate personality of its own. I was shaken and moved."
—Tim O'Brien, author of The Things They Carried

"Swofford has done an amazing job showing how war plays out in peoples' lives for years after they come home. I read this book with the eagerness one usually reserves for fiction. It is a tremendous look into one man's attempt to replace war with life."—Sebastian Junger, author of WAR

"Following Swofford's struggle to come to terms with a difficult father and his experience of war- and the two are intertwined-we soon realize that this writer is making easier our struggles against leading a parent's life instead of our own. He blazes a trail for all of us with honesty and skill, gem after gem. Swofford is quite simply the master of the metaphor. The chapter describing his visit to Bethesda Naval Hospital will break your heart and it should."—Karl Marlantes, author of Matterhorn: A Novel of the Vietnam War and What It Is Like To Go To War

"Anthony Swofford is a writer of painful and painfully powerful prose."—Sacramento News & Review

ACCLAIM FOR JARHEAD
"By turns profane and lyrical, swaggering and ruminative, Jarhead is not only the most powerful memoir to emerge thus far from the last gulf war, but also a searing contribution to the literature of combat."—Michiko Kakutani, New York Times

"A bayonet in the eye...brutal and unforgettable."—Sacramento Bee, on Jarhead

"Jarhead is a stunning success... Swofford has created what may become a classic of modern war literature, a Gulf War addition to the shelf holding Vietnam narratives such as Michael Herr's Dispatches and Philip Caputo's A Rumor of War."—The Philadelphia Inquirer

"If you want a clear-eyed sense of what might be going on today in the staging areas surrounding Iraq, a view stripped of cant, hypocrisy, and the bloated lies of officialdom, read Jarhead."—Newsweek

"Without war there would be no war stories, and Jarhead is one of the best-loopy, stoned, its prose is like three heavy metal bands playing three separate songs at once. It honors the literature of men at arms."—New York Review of Books