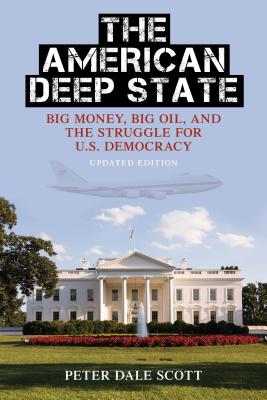 Now in a new edition updated through the unprecedented 2016 presidential election, this provocative book makes a compelling case for a hidden "deep state" that influences and often opposes official U.S. policies. Prominent political analyst Peter Dale Scott begins by tracing America's increasing militarization, restrictions on constitutional rights, and income disparity since World War II. With the start of the Cold War, he argues, the U.S. government changed immensely in both function and scope, from protecting and nurturing a relatively isolated country to assuming ever-greater responsibility for controlling world politics in the name of freedom and democracy. This has resulted in both secretive new institutions and a slow but radical change in the American state itself. He argues that central to this historic reversal were seismic national events, ranging from the assassination of President Kennedy to 9/11. Scott marshals compelling evidence that the deep state is now partly institutionalized in non-accountable intelligence agencies like the CIA and NSA, but it also extends its reach to private corporations like Booz Allen Hamilton and SAIC, to which 70 percent of intelligence budgets are outsourced. Behind these public and private institutions is the influence of Wall Street bankers and lawyers, allied with international oil companies beyond the reach of domestic law. Undoubtedly the political consensus about America's global role has evolved, but if we want to restore the country's traditional constitutional framework, it is important to see the role of particular cabals-such as the Project for the New American Century-and how they have repeatedly used the secret powers and network of Continuity of Government (COG) planning to implement change. Yet the author sees the deep state polarized between an establishment and a counter-establishment in a chaotic situation that may actually prove more hopeful for U.S. democracy.

Peter Dale Scott, a former Canadian diplomat and professor emeritus at the University of California, Berkeley, is a leading political analyst and poet. His books include Drugs, Oil, and War: The United States in Afghanistan, Colombia, and Indochina (R&L) and American War Machine: Deep Politics, the CIA Global Drug Connection, and the Road to Afghanistan (R&L). His website is www.peterdalescott.net.