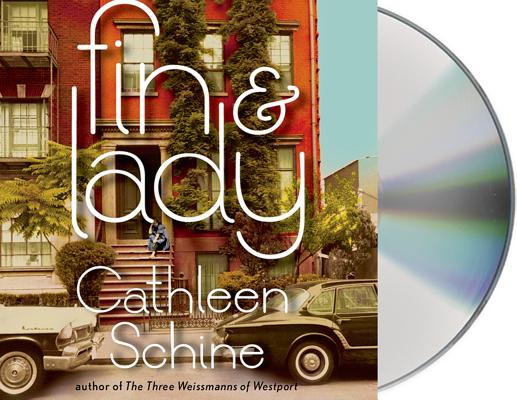 By Cathleen Schine, Anne Twomey (Read by)
Out of Print

From the author of The Three Weissmanns of Westport, a wise, clever story of New York in the '60s

It's 1964. Eleven-year-old Fin and his glamorous, worldly, older half sister, Lady, have just been orphaned, and Lady, whom Fin hasn't seen in six years, is now his legal guardian and his only hope. That means Fin is uprooted from a small dairy farm in rural Connecticut to Greenwich Village, smack in the middle of the swinging '60s. He soon learns that Lady-giddy, careless, urgent, and obsessed with being free-is as much his responsibility as he is hers.
So begins Fin & Lady, the lively, spirited new novel by Cathleen Schine, the author of the bestselling The Three Weissmanns of Westport. Fin and Lady lead their lives against the background of the '60s, the civil rights movement, and the Vietnam War-Lady pursued by ardent, dogged suitors, Fin determined to protect his impulsive sister from them and from herself.
From a writer The New York Times has praised as "sparkling, crisp, clever, deft, hilarious, and deeply affecting," Fin & Lady is a comic, romantic love story: the story of a brother and sister who must form their own unconventional family in increasingly unconventional times.

Anne Twomey is an accomplished actress of both stage and screen.  Her Broadway credits include Orpheus Descending, with Vanessa Redgrave, To Grandmother's House We Go, and Nuts, for which she received a Tony nomination and a Theatre World award.  Her many television appearances include guest roles on Seinfeld, Law & Order: Special Victims Unit, The Cosby Show, Spin City, and the Christopher Reeves' movie-of-the-week Rear Window.  She has also appeared in the films Picture Perfect and Orpheus Descending. Anne appears frequently on New York-based episodic TV such as Third Watch and Law & Order.  Anne's many audiobook credits include works by such authors as Dean Koontz, Joyce Carol Oates, Tracy Chevalier, and Barbara Ehrenreich.  She is married to actor John Bedford Lloyd, also an audiobook narrator.

“In this bildungsroman set against the swinging '60s, a young boy named Fin is orphaned and must move from his quiet Connecticut dairy farm to live with his much older half sister, Lady, in Greenwich Village, where things will never be the same for him.” —The Los Angeles Times

“Narrator Twomey, who has a pleasing voice, deftly manages several European accents and reads at a quick pace that keeps the action moving along.” —The Plain Dealer

“Anne Twomey narrates this unusual story of creating a family with soft tones and a hint of humor…Twomey's performance captures the story's complex emotions with a lilting voice and subtle inflections.” —AudioFile Magazine