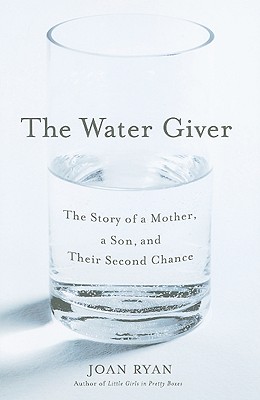 Joan Ryan tells the powerful story of how her son’s near-fatal accident, and his struggle to become whole again, gave her a second chance to become the mother she had always wished she could be.

• Acclaimed journalist and author: Joan Ryan’s sports columns earned her thirteen Associated Press Sports editors Awards, the National Headliner Award, and the Women’s Sports Foundation’s Journalism Award, among other honors. Her first book, Little Girls in Pretty Boxes: The Making and Breaking of Elite Gymnasts and Figure Skaters was named one of the Top 100 Sports Books of all Time by Sports Illustrated.

• Medical drama: When Ryan’s sixteen-year-old son fell off of a skateboard, it wasn’t obvious at first how serious his injuries were. With a journalist’s eye for the telling detail and the rhythms of a natural storyteller, she captures his medical ordeal as he lurches from crisis to crisis—and with harrowing honesty and astonishing insight, relates her own journey through unknown emotional terrain.

• A mother’s story: Ryan’s son was diagnosed with Sensory Integration Dysfunction as a toddler; by the time he reached school age, it was clear that he suffered from ADHD and other learning disabilities. Though she loved him fiercely, she never stopped trying to fix him. When he is restored to her after his accident, she realizes she has the opportunity to be his mother all over again—only this time she lets go of the illusion of control. Now she not only accepts, but also embraces her son for who he really is.

"We have to admire Ryan for tackling these topics. It is one thing to

live through the experiences as they occur; it is quite another to

re-create them honestly and effectively. And though the story Ryan

tells is unique...the themes of love, grace and redemption that run

through her discussion are ideas with which we can all relate."


"Given the perspective that sometimes only a crisis can bring, Ryan learns to forgive herself for the smaller struggles of her son's earlier years, to take each day's challenges as they come and to trust herself to be the only mother that he needs."