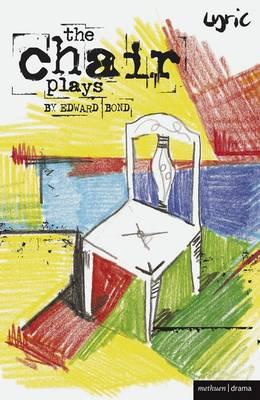 By Edward Bond
for information about purchasing this book, please contact orders@bookpassage.com

'I am nothing. Nobody. One day I could forget what I have done. Then I am nothing with no past. My knife is to tell me who I am. It is my passport to myself.'
The Chair Plays are three one-act plays that Edward Bond has combined into one continuous drama on the state of society towards the end of the present century.
Faced with ecological disaster and economic chaos, governments have become authoritarian and repressive. Domestic family life struggles to survive in a world of fleeing refugees, mass suicides, ruined and deserted suburbs, and soldiers patrolling the streets. Authority decrees even the exact placing of furniture in rooms. There is a knock at the door - but it is not the secret police. It is something even more disturbing. In this broken world sheer human goodness and vision asserts itself in stubborn and radiant ways.
A master dramatist creates a range of extraordinary characters, vivid situations and radical theatrical devices to stage the central problem of modern life.