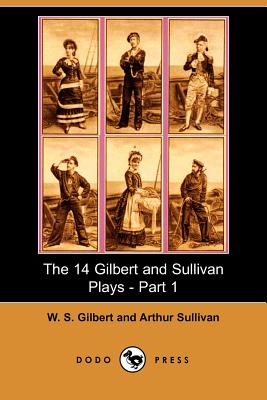 Sir William Schwenck Gilbert (1836-1911) was an English dramatist, librettist and illustrator best known for his fourteen comic operas produced in collaboration with the composer Sir Arthur Sullivan, of which the most famous include H.M.S. Pinafore, The Pirates of Penzance, and one of the most frequently performed works in the history of musical theatre, The Mikado. Gilbert was born in Strand, London and was educated at Boulogne, France and then at the Great Ealing School and King's College London. He wrote a variety of stories, comic rants, theatre reviews and, under the pseudonym "Bab" (his childhood nickname), illustrated poems for several comic magazines, primarily Fun. The poems, illustrated humourously by Gilbert, proved immensely popular and were reprinted in book form as The Bab Ballads (1869-73). His plays and realistic style of stage direction inspired other dramatists, including Oscar Wilde and George Bernard Shaw. Part 1 contains: Gondoliers, Grand Duke, H.M.S. Pinafore, Iolanthe, The Mikado, Pirates of Penzance and Princess Ida.