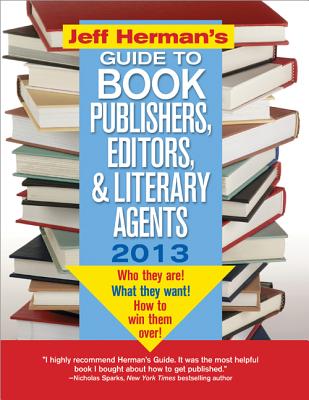 "I highly recommend Herman's Guide. It was the most helpful book I bought about how to get published."--Nicholas Sparks, New York Times bestselling author

For over 20 years, Jeff Herman's Guide to Book Publishers, Editors, and Literary Agents has been the most trusted guide to getting published. This must-have guide is an all-access pass from the industry's top agent, giving writers everything they need to know about how to get past the slush pile, get an agent, find the right publisher, and get their book in stores

Now in its 23rd edition, Jeff Herman's Guide to Book Publishers, Editors, and Literary Agents has been updated with invaluable tips from nearly two hundred of the most powerful literary agents, as well as information on eBooks and digital publishing, in a quick and accessible format.

"Jeff Herman's Guide is everything you need to know for getting started." -- Cheryl Richardson, New York Times bestselling author

"I echo the sentiments of others who state that Herman's Guide is like a Bible for writers." - Sharon Oliver, published author

"Jeff Herman has done a service to every writer who wants to make a living in this business. Every author should have a copy on their shelf." -- Chip MacGregor, literary agent