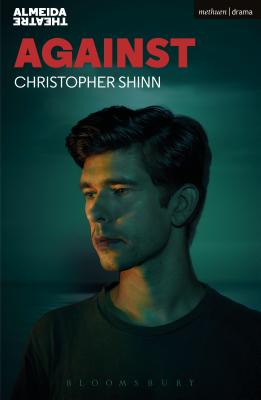 By Christopher Shinn
for information about purchasing this book, please contact orders@bookpassage.com

Silicon Valley. The future. A rocket launches. Luke is an aerospace billionaire who can talk to anyone. But God is talking to him. He sets out to change the world. Only violence stands in his way. Christopher Shinn's gripping play received its world premiere at the Almeida Theatre on 12 August 2017 in a production directed by Ian Rickson and featuring Ben Whishaw as Luke.

Christopher Shinn is an American playwright from New York. His plays include Now or Later (shortlisted for the Evening Standard Theatre Award for Best Play), Dying City (Pulitzer Prize finalist), Where Do We Live (winner of an Obie in Playwriting), An Opening In Time, Teddy Ferrara, Picked, Four, What Didn't Happen, On the Mountain, Other People, and The Coming World. His adaptation of Hedda Gabler premiered on Broadway (American Airlines Theatre), and he has written short plays for Naked Angels (Democracy Project), the 24 Hour Plays on Broadway, the Bush Theatre (Sixty-Six Books), and Headlong (Decade). His work has been premiered by Lincoln Center Theater, Manhattan Theatre Club, Playwrights Horizons, the Vineyard Theatre, South Coast Rep, the Goodman, the Royal Court, and the Soho Theatre, and later produced around the world. Christopher Shinn's awards include a Guggenheim Fellowship in Playwriting, a grant from the NEA/TCG Residency Program, an Obie in Playwriting and the Robert Chesley Award. He is Assistant Professor of Playwriting in the School of Drama at The New School, New York.