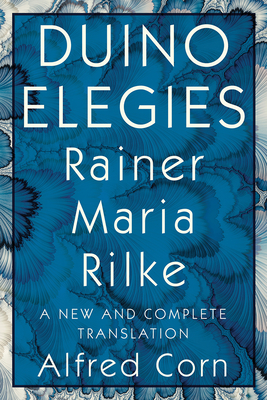 A new translation of Rilke’s classic elegies—ten mystical, radiant poems that bring together the beautiful and the sacred.

Rainer Maria Rilke’s Duino Elegies are one of the great literary masterpieces of the twentieth century. Begun in 1912 while the poet was a guest at Duino Castle on the Adriatic Sea and completed in a final bout of feverish inspiration in 1922, the ten elegies survey the mysteries of consciousness, whether human or animal, earthly or divine. Poet and translator Alfred Corn brings us closer to Rilke’s meaning than ever before and illuminates the elegies’ celebration of life and love. Also included are a critical introduction exploring the nuances of the translation, several thematically linked lyrics, and two of the “Letters to a Young Poet” to complete the volume.

Rainer Maria Rilke (1875–1926), the author of Sonnets to Orpheus and Letters to a Young Poet, was one of the greatest poets of the German language.

Alfred Corn is a poet, novelist, and essayist. The recipient of fellowships from the Guggenheim, and the National Endowment for the Arts, he lives in Providence, Rhode Island.

Alfred Corn’s translation of Rilke’s sublime work is the finest that I have ever read. It is, in a word, glorious.
— Grace Schulman, author of The Marble Bed

Corn’s subtle and sinuous translation lets Rilke sing in English with the sensual undertones and lyrical precision that lend this masterpiece of world literature such resonance even today.
— Ulrich Baer, translator and editor of The Dark Interval

Read Alfred Corn’s new translation of Rilke’s Duino Elegies and you will experience the lucid, precise, and musical results of an immensely demanding work undertaken by a gifted poet. Rilke was fascinated by the roots of words, by the metaphors that underlie German thought. Corn pays close attention to those metaphors, choosing Anglo-Saxon equivalents where possible, and his translation, like the original, is as much about language as it is about ideas.