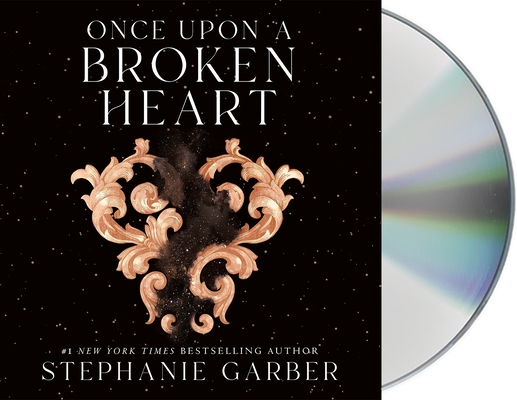 By Stephanie Garber, Rebecca Soler (Read by)
for information about purchasing this book, please contact orders@bookpassage.com

This is book number 1 in the Once Upon a Broken Heart series.

“Once Upon a Broken Heart is a love letter to fairy tales (and villains!). Evangeline’s wholehearted belief in true love and happily-ever-afters will turn you into a believer, which, in this day and age, is an extraordinary gift.”
— Isabella Ogbolumani, Buffalo Street Books, Ithaca, NY

Once Upon a Broken Heart marks the launch of a new series about love, curses, and the lengths that people will go to for happily ever after from #1 New York Times bestselling author Stephanie Garber

For as long as she can remember, Evangeline Fox has believed in true love and happy endings…until she learns that the love of her life will marry another.

Desperate to stop the wedding and to heal her wounded heart, Evangeline strikes a deal with the charismatic, but wicked, Prince of Hearts. In exchange for his help, he asks for three kisses, to be given at the time and place of his choosing.

But after Evangeline’s first promised kiss, she learns that bargaining with an immortal is a dangerous game — and that the Prince of Hearts wants far more from her than she’d pledged. He has plans for Evangeline, plans that will either end in the greatest happily ever after, or the most exquisite tragedy...

Stephanie Garber is the #1 New York Times and internationally bestselling author of Once Upon a Broken Heart, The Ballad of Never After, and the Caraval trilogy. Her books have been translated into thirty languages.

Rebecca Soler is a film and voiceover actress who won a 2009 AudioFile Earphones Award for her narration of After by Amy Efaw. Her audiobook credits include work by authors such as Judy Blume, James Patterson and Sarah Dessen. Soler has also narrated the popular young adult series The Lunar Chronicles by Marissa Meyer. Her voice over credits include various video games, like Star Wars: The Old Republic and Red Dead Redemption and television shows such as Pokemon, Yu-Gi-Oh, and Teenage Mutant Ninja Turtles. She lives in New York City.