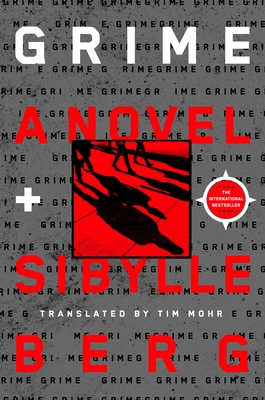 Rochdale is a town in post-industrial Britain, but it could be anywhere on the digitalized, environmentally-decimated planet: a place devoid of hope, where poverty, violence, and squalor are the near-future consequences of decisions being made at this very moment. Grime is the dazzling multi-voice story of four teenagers haphazardly brought together by individual tragedy and a collective love of grime, the music genre that replaced punk as the sound of the angry and the dispossessed: martial-arts-obsessed Don(atella); Peter, a traumatized Polish boy; Karen, a tech-savvy girl with albinism; and Hannah, an orphan from Liverpool. Despite the increasingly sophisticated workings of an authoritarian surveillance state, the four set out to exact revenge on the people they hold responsible for their misery. But what starts out as a teen hit squad evolves into a makeshift family as the four kids attempt to create a home on the fringes – both physically and mentally – of society.

In this stylistically innovative epic, acclaimed novelist Sibylle Berg addresses the question currently being debated around the world: where will climate change, artificial intelligence, the rise of right-wing populism, and the inexorable expansion of surveillance lead? This masterful dystopian satire is a merciless and surgically-precise evisceration of neoliberalism, and beneath its rage and brutality beats a deeply human heart.

Sibylle Berg is a Swiss-German author and playwright, and one of the most celebrated contemporary writers in the German-speaking world. Born in Weimar, Germany, she has written over 25 plays, 15 novels, and numerous anthologies and radio plays. Her work has been translated into 34 languages. Berg considers herself part of the Straight Edge movement and identifies as non-binary. Her novel, GRM, won the Swiss Book Prize. In 2020, she received Switzerland’s highest literary award, the Grand Prix Literature, for her work. She lives in Zurich.

"Combines apocalyptic entertainment with magical indignation about the state of the world." —Frankfurter Allgemeine Zeitung