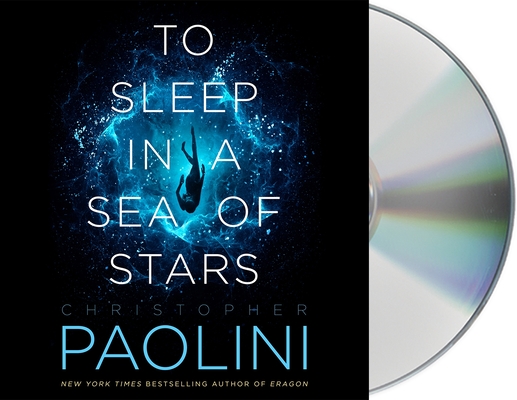 By Christopher Paolini, Jennifer Hale (Read by)
for information about purchasing this book, please contact orders@bookpassage.com

"Narrator Jennifer Hale's outstanding performance brings this story of alien invasion to life...Hale's range of differentiation is masterly as she animates all the quirky characters Kira meets. From the rough, snarky slang of ex-military woman to the half-mad musings of a human "ship mind," every unique voice enhances the listening experience." -- AudioFile Magazine, Earphones Award winner

To Sleep in a Sea of Stars is a brand new epic novel from New York Times bestselling author Christopher Paolini.

**This program is read by Jennifer Hale, a Canadian American actress and singer who has appeared in hundreds of cartoon episodes and taken on roles in well over 185 video games, winning multiple awards. Her varied roles include Commander Shepard in Mass Effect, Rosalind Lutece in BioShock Infinite, Cinderella in both games and animation, Kronika in MK11, Naomi Hunter in the Metal Gear series, several roles in The Powerpuff Girls, Justice League, Avengers Assemble, the Emmy Award winning Lost In Oz, Jean Grey/Phoenix in both games and animated series and dozens more. This is her first audiobook.**

During a routine survey mission on an uncolonized planet, Kira finds an alien relic. At first she's delighted, but elation turns to terror when the ancient dust around her begins to move.

As war erupts among the stars, Kira is launched into a galaxy-spanning odyssey of discovery and transformation. First contact isn't at all what she imagined, and events push her to the very limits of what it means to be human.

While Kira faces her own horrors, Earth and its colonies stand upon the brink of annihilation. Now, Kira might be humanity's greatest and final hope . . .

Christopher Paolini was born in Southern California and has lived most of his life in Paradise Valley, Montana. He published his first novel, Eragon, in 2003 at the age of nineteen, and quickly became a publishing phenomenon. His Inheritance Cycle—Eragon and its three sequels—have sold nearly 40 million copies worldwide. To Sleep in a Sea of Stars is his first adult novel.

“A breathtaking and unheard of success.”—USA Today