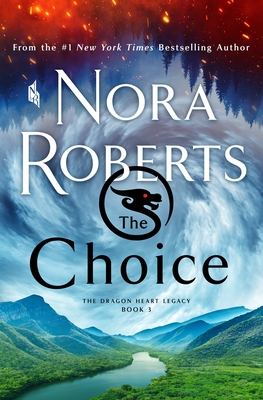 This is book number 3 in the The Dragon Heart Legacy series.

The conclusion of the epic trilogy from the #1 New York Times bestselling author of The Awakening and The Becoming.

Talamh is a land of green hills, high mountains, deep forests, and seas, where magicks thrive. But portals allow for passage in and out—and ultimately, each must choose their place, and choose between good and evil, war and peace, life and death…

Breen Siobhan Kelly grew up in the world of Man and was once unaware of her true nature. Now she is in Talamh, trying to heal after a terrible battle and heartbreaking losses. Her grandfather, the dark god Odran, has been defeated in his attempt to rule over Talamh, and over Breen—for now.

With the enemy cast out and the portal sealed, this is a time to rest and to prepare. Breen spreads her wings and realizes a power she’s never experienced before. It’s also a time for celebrations—of her first Christmas in both Talamh and Ireland, of solstice and weddings and births—and daring to find joy again in the wake of sorrow. She rededicates herself to writing her stories, and when his duties as taoiseach permit, she is together with Keegan, who has trained her as a warrior and whom she has grown to love.

It’s Keegan who’s at her side when the enemy’s witches, traitorous and power-mad, appear to her in her sleep, practicing black magick, sacrificing the innocent, and plotting a brutal destruction for Breen. And soon, united with him and with all of Talamh, she will seek out those in desperate need of rescue, and confront the darkness with every weapon she has: her sword, her magicks—and her courage…

"Bestseller Roberts expertly weaves threads from the previous two books of her Dragon Heart Legacy series into an epic climax and gratifying grand finale...allowing readers to be swept away by waves of events as the battle intensifies...a rewarding outing for old and new fans alike." -Publishers Weekly

"Roberts sets the bar high with the launch of her Dragon Heart Legacy trilogy, a captivating tale that not only vividly showcases her superior storytelling and characterization skills but also brightly illuminates her affinity for all things Irish." —Booklist on The Awakening

"Bestseller Roberts launches a fantasy trilogy with this heartwarming story of a woman finding her true self across parallel worlds." —Publishers Weekly on The Awakening

"It's a wonderful tale for anyone looking for a true escape into an otherworldly story.” —AARP.org on The Awakening