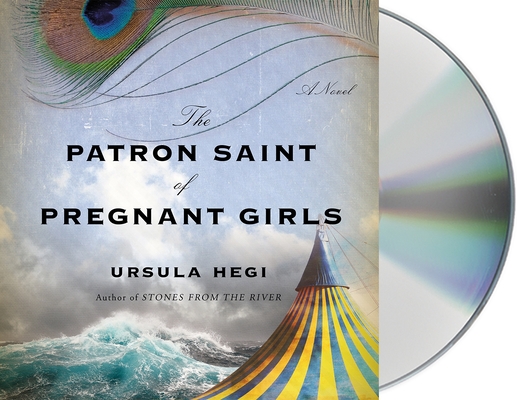 By Ursula Hegi, Angela Dawe (Read by)
for information about purchasing this book, please contact orders@bookpassage.com

"Narrator Angela Dawe's varied volume and pace create an atmosphere of deep emotions that draw the listener in close...fully realized characters who have relatable issues and emotions take the forefront." -- AudioFile Magazine

From beloved bestselling author Ursula Hegi, a new novel about three mothers, set on the shores of the Nordsee, perfect for fans of Water for Elephants and The Light Between Oceans.

In the summer of 1878, the Ludwig Zirkus arrives on Nordstrand in Germany, to the delight of the island’s people. But after the show, a Hundred-Year Wave roars from the Nordsee and claims three young children.

Three mothers are on the beach when it happens: Lotte, whose children are lost; Sabine, a Zirkus seamstress with her grown daughter; and Tilli, just a girl herself, who will give birth later that day at St. Margaret’s Home for Pregnant Girls. After the tragedy, Lotte’s husband escapes with the Zirkus, while she loses the will to care for their surviving son. Tilli steps in, bonding with him in a way she isn’t allowed to with her own baby, taken away at birth. Sabine, struggling to keep her childlike daughter safe in the world, forms a complicated friendship with Lotte. But the mothers' fragile trio is threatened when Lotte and her husband hatch a dangerous plan to reunite their family, and Tilli and Sabine must try to find a way to pull them back to reality.

As full of joy and beauty as it is of pain, and told with the luminous power that has made Ursula Hegi a beloved bestselling author for decades, The Patron Saint of Pregnant Girls is a shining testament to the ways in which women hold each other up in the most unexpected of circumstances.

"Mesmerizing...Hegi’s command of the plot and ability to render poignant characters create a satisfyingly emotional story. Hegi’s fans and devotees of literary fiction will treasure this." -- Publishers Weekly

“A lyrical meditation on motherhood and mourning.” -- Boston Globe

Ursula Hegi is the author of over a dozen books, including Stones from the River, Children and Fire, Floating in My Mother’s Palm, and Tearing the Silence. A German-born writer, she immigrated to the United States at eighteen. She has served as juror for the National Book Award and the National Book Critics Circle. Ursula lives with her family on Long Island and has taught writing at Stony Brook, USC Irvine, and Barnard College.

“A writer of grace and immediacy.” —Meg Wolitzer