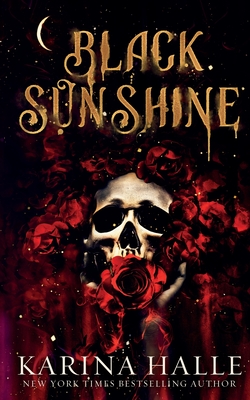 A contemporary dark-toned romance with a vampire twist, from the New York Times bestselling author of A Nordic King and Sins & Needles

All Lenore Warwick wants for her 21st birthday is to hang out with her friends, finish her second year at Berkeley with flying colors, and maybe catch the eye of a hot musician playing a show at a club that she can now (legally) get into.

Unfortunately, fate has other plans for her.

A week before her birthday, she's kidnapped by the brooding and dangerous stranger with cold eyes and a lethal touch, who has been stalking her on San Francisco's fog-shrouded streets. Absolon "Solon" Stavig isn't your average criminal though. He's a centuries-old vampire who's caught between wanting to kill Lenore and wanting to save her.

You see Lenore, too, is a vampire.

She just doesn't know it yet.

Taken by a pair of vampire slayers when she was just an infant, Lenore was raised never knowing her true nature. All Lenore knows is that she has (normal) parents who love her, that she's exceptionally smart, and she's squeamish around blood. But once she turns twenty-one, she'll fully turn into a vampire, and Solon hopes he'll be there to guide her, opening her eyes to her deepest hunger...both sexual and otherwise.

But this turning can't be kept a secret. Soon both slayers and vampires are hunting Lenore, with only Solon and his unpredictable motley crew of vampires to save her.

If they don't kill her first.