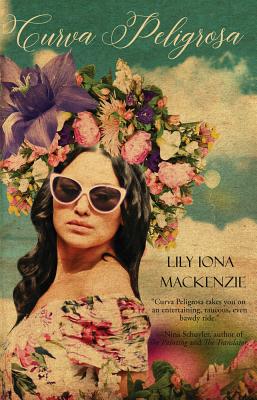 When Curva Peligrosa arrives in Weed, Alberta, after a twenty-year trek on the Old North Trail from southern Mexico, she stops its residents in their tracks. With a parrot on each shoulder, a glittering gold tooth, and a wicked trigger finger, she is unlike anything they have ever seen before. Curva is ready to settle down, but are the inhabitants of Weed ready for her? Possessed of an insatiable appetite for life and love, Curva’s infectious energy galvanizes the townspeople, turning their staid world upside down with her exotic elixirs and unbridled ways. Toss in an unscrupulous americano developer and a one-eyed Blackfoot chief, stir them all together in the tumult of a tempestuous tornado, and the town of Weed will never be the same again. A lyrical account of one woman’s journey and the unexpected effects it has on the people around her, Curva Peligrosa pulses with the magic at the heart and soul of life.

A Canadian by birth, a high school dropout, and a mother at 17, in her early years, Lily Iona Mackenzie supported herself as a stock girl in the Hudson’s Bay Company, as a long distance operator for the former Alberta Government Telephones, and as a secretary (Bechtel Corp sponsored her segue into the States). She also was a cocktail waitress at the Fairmont Hotel in San Francisco, briefly broke into the male-dominated world of the docks as a longshoreman (she was the first woman to work on the SF docks and almost got her legs broken), founded and managed a homeless shelter in Marin County, and eventually earned two Master’s degrees (one in Creative writing and one in the Humanities). She has published reviews, interviews, short fiction, poetry, travel pieces, essays, and memoir in over 150 American and Canadian venues. Her novel Fling! was published in July 2015 by Pen-L Publishing. Her upcoming novel, Freefall: A Divine Comedy will be released in 2018. Her poetry collection All This was published in 2011. She also has taught writing at the University of San Francisco for 30 years and was vice-president of USF’s part-time faculty union. When she’s not writing, she paints and travels widely with her husband.